Founder and leader of Vali Team

Vali Lucifer is the leader of the Khaos Brigade's Vali Team. He is a descendant of the original Lucifer and the possessor of the Vanishing Dragon, Albion; wielding the Divine Dividing Sacred Gear. As such, he is the direct rival of Issei Hyoudou and Ddraig.

He was voiced by Ryota Osaka in Japanese and Austin Tindle in English, the former of whom also voices Satan Jacob.

Vali was abandoned during the peace treaty between the Three Factions before betraying Azazel and joining the Khaos Brigade. He then fought against Issei. While initially underestimating Issei due to his background, Vali became interested in Issei after Issei manages to overwhelm him despite the fact he was not using his real strength. The battle, however, was ended abruptly by the sudden appearance of Bikou who asked Vali to retreat.

He later reveals his true purpose of being in the Underworld, which was to have a look on the True Red Dragon God Emperor, Great Red, as he reveals to Issei that his greatest desire is to defeat the Great Red and become the True White Dragon God Emperor.

Later Vali and his teammates help the Gremory Team in their battle against Loki and Fenrir, using his Juggernaut Drive to defeat Fenrir and allowing Arthur to use his Excalibur Ruler to subjugate the giant wolf.

Vali, still fought against Pluto, and asking why the Truth Idea didn't work which after hearing Cao Cao explain, laughs at the latter. He tells Cao Cao the only one who can defeat Issei in his Cardinal Crimson Promotion is him. He then promptly leaves the area with his team. 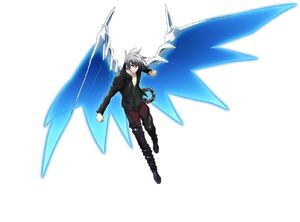 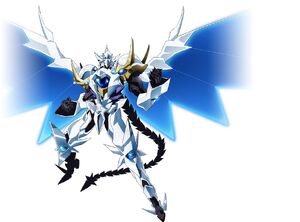 Vali in the White dragon armor 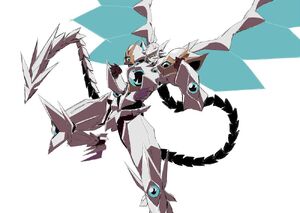 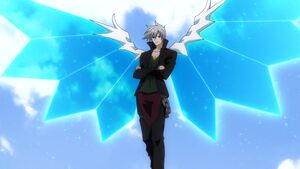 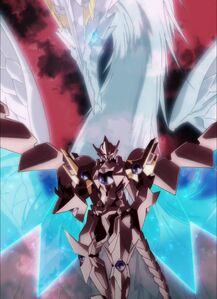 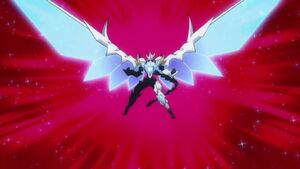 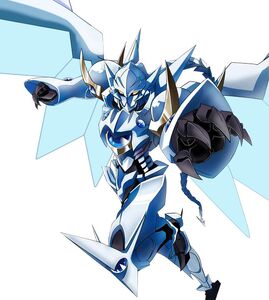 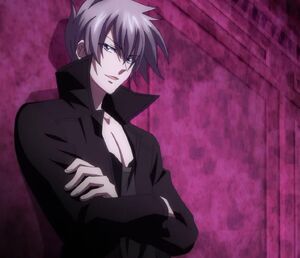 Vali at the meeting of the 3 factions 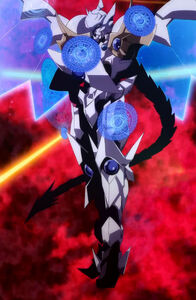 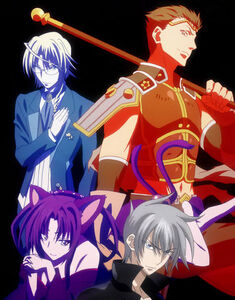 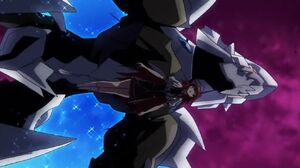 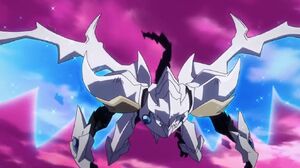 Retrieved from "https://villains.fandom.com/wiki/Vali_Lucifer?oldid=4328914"
Community content is available under CC-BY-SA unless otherwise noted.