Valiant Video Enterprises is the main antagonistic group of the 2003 video game Manhunt. They are an underground snuff filming ring active in Carcer City that produces numerous snuff films to sell at high prices worldwide. Mr. Nasty is the head of Valiant Video, with Lionel Starkweather being his most profitable director.

The exact foundation date of Valiant Video is unknown, although Mr. Nasty is known the be the head of the group, and Lionel Starkweather is known to have at least joined after he left Vinewood due to his career faltering. The company produced numerous snuff films, many of which were broadcast to wealthy Japanese businessmen at high prices.

The heavily corrupt police force of Carcer City headed by Gary Schaffer coupled with the severely dilapidated and anarchic state of the city helped Valiant Video essentially twist the city into their own large movie set for snuff films known as Manhunts, where gangs were hired to act as hunters against a victim instructed to fight them off. Known actors in these movies include Piggsy and the White Rabbit, both of whom were eventually betrayed by Starkweather. Ramirez, the leader of the Wardogs, as well as the Cerberus, served as security and procurement agents for Valiant Video.

Lionel Starkweather paid the Darkwoods Penitentiary staff to feign the execution of James Earl Cash so he can star in his movies. After a few hours, Cash woke up in an abandoned donut shop in the Hood's turf, where Starkweather promised to let him free shall he obey him. A Valiant Video van can be seen parked in the turf. Afterwards, Cash dealt with five gangs: the Hoods, the Skinz, the Wardogs, the Innocentz (who killed at least one of Cash's family members), and the Smileys. Cash also non-canonically dealt with the Monkeys. After Cash was instructed to "follow the White Rabbit" while fighting off Smileys, Starkweather betrayed Cash and left him to die. Cash nonetheless survived and killed the White Rabbit to get his key and flee the scene. Several Cerberus agents unsuccessfully attempted to intercept Cash here.

Cash was on the loose, and Valiant Video hurriedly instructed the Carcer City Police and SWAT to kill Cash, who were unsuccessful. The Cerberus, after killing off SWAT members about to summarily execute Cash, brought Cash directly to Starkweather's mansion, but were interrupted by Piggsy after he broke free. Cash killed the Cerberus agents and Piggsy before directly confronting Starkweather, and disemboweling him with a chainsaw before beheading him. Valiant Video as a result is exposed to the general public, where Gary Schaffer is arrested for his connections to the group and pleads not guilty.

With Starkweather and many assets either killed off or arrested, the fate of Valiant Video is unknown. It is possible that either Mr. Nasty got off scot-free and continued his crimes, or got arrested and as a result, Valiant Video dissolved. 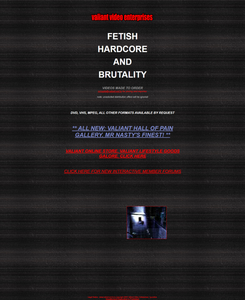 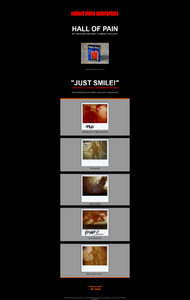 Several of the items available for purchase at the Valiant Video Enterprises' website. 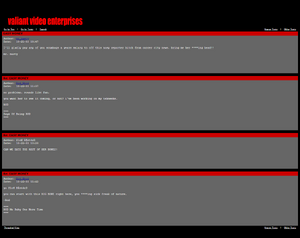 Mr. Nasty himself requesting for the murder of a reporter in one of the many forum posts on the Valiant Video Enterprises website. 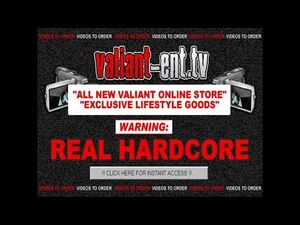