I Spit on Your Grave 2

Valko is a major antagonist in I Spit on Your Grave 2. He is a friend of the Patovs, a Bulgarian family who enjoy raping and torturing women, who participates in their crimes. However, he and the others make a fatal mistake by attacking American model Katie Carter.

He was portrayed by Peter Silverleaf.

Valko is first seen in the film when he enters the room where Georgy, Nikolay and Ivan are holding Katie Carter to rape her. He immediately establishes himself as an evil man by taunting Katie before torturing her by shocking her genitals with a cattle prod. He then violently rapes her, leaving her bloody.

Later, Valko is in church with his wife when he is terrified by the sight of Katie during the service. He hastily tells his wife to leave before following Katie into a dark alley, where she surprises him and knocks him out. He wakes up tied to a table, where he is tortured by Katie in the same manner he tortured her. Valko is finally killed when Katie forces a plumber's snake down his throat and electrocutes him. 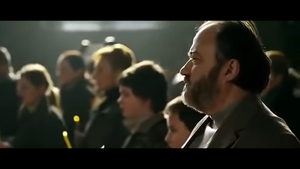