The First Colossus, nicknamed Valus, is a major antagonist from the video game Shadow of the Colossus. It is the first boss encountered in the game and a vessel for the essence of Dormin.

Valus and the other sixteen Colossi were created by Lord Emon to contain the fragmented essence of the defeated evil Dormin. He set them all to wander the Forbidden Lands, destroying anyone that comes their way, so that Dormin could never be resurrected.

Valus is the first colossus that he encounters, wandering a fielded area in the cliffs to the south. When it sees Wander, it will attack him by trying to step on him and slamming down its massive stone club. Wander must escape to behind it, climb up on its left leg, and stab a minor sigil on the back of its leg to make Valus kneel down. Once there, Wander can jump up and scale Valus' back, making his way to the colossus' weak point on its head (and right arm if in Hard mode), as Valus attempts to shake him off. Once Wander gets to Valus' weak points, he must stab them until the giant dies, collapsing to the ground and releasing the fragmented essence of Dormin contained within its body.

Valus' corpse can be seen as the credits roll. 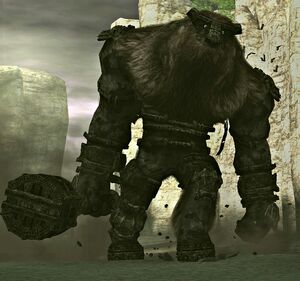 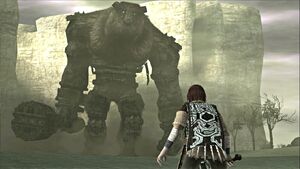 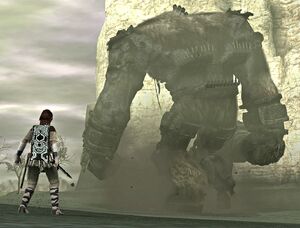 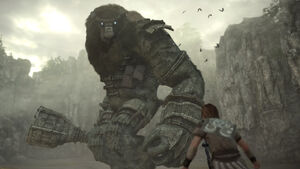 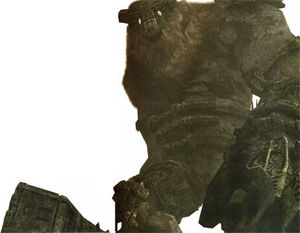 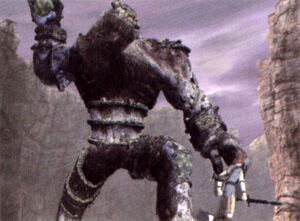 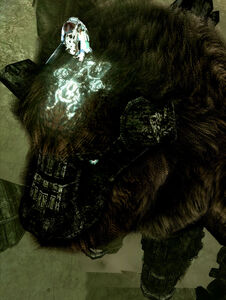 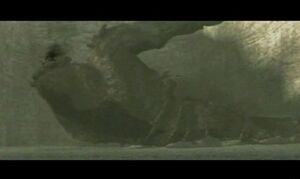 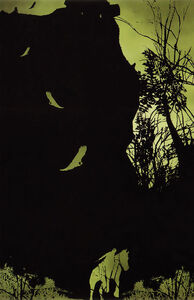 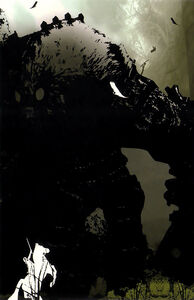 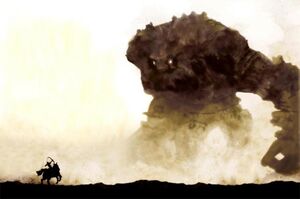 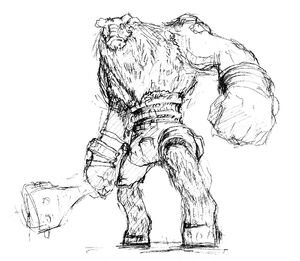 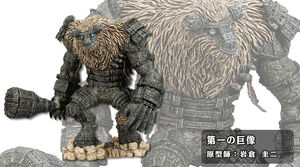 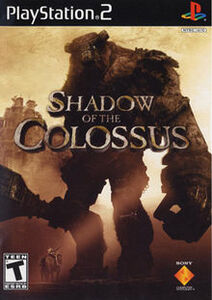 Valus on the game's box art. 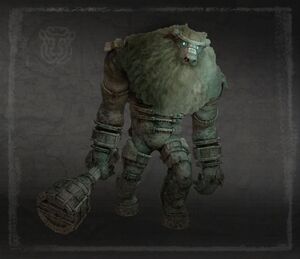 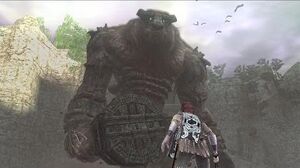 Retrieved from "https://villains.fandom.com/wiki/Valus?oldid=3575652"
Community content is available under CC-BY-SA unless otherwise noted.