Suck apples dry of their juices

Animals
The Vampire Fruit Bats, also known as the Vampire Fruitbats, are creatures that appear in the fourth season of the show My Little Pony: Friendship is Magic and appear in the seventh episode "Bats!". They are relatives of fruit bats and infested Sweet Apple Acres. Unlike their more colorful counterparts, vampire fruit bats come in dark colors such as black and brown, and have red eyes and long fangs. They are considered vermin by the Apple family for their tendency to suck apples of their juice during harvest season.

The rest of Applejack's friends, except Fluttershy, agree to round up the vampire fruit bats. When Fluttershy suggests letting the bats have part of the orchard, Applejack briefly snaps. Fluttershy elaborates that a sanctuary for the bats would give them their own apples to enjoy, and that the seeds they spit out would grow into more productive trees. Applejack is still very hesitant about the idea, as she recalls Granny Smith's stories of the last vampire fruit bat infestation. Thinking for a moment, Twilight comes up with an idea to stop the bats from eating apples. The friends regroup at the Golden Oak Library, and Twilight says she found a spell that will stop the bats from eating apples, but it requires the use of Fluttershy's Stare. While Fluttershy is reluctant to use it, her friends convince her once she realizes what's at stake.

Back at Sweet Apple Acres, the Mane 6 round up the vampire fruit bats onto a single apple tree, where Fluttershy stares them into submission. When Twilight uses her spell on the bats, they refuse to eat apples afterward. With their mission accomplished, Applejack thanks her friends for their help. As they go to sweep up the rotten apple cores, Fluttershy looks over at an apple.

The ponies try to talk with the transformed Fluttershy or "Flutterbat", as Rarity calls her but she only hisses at them in response. When they try to make sense of how this happened, Twilight theorizes that, when she cast her spell on the vampire fruit bats, it transferred their desire to be vampire fruit bats into Fluttershy through her Stare. When Flutterbat flies off, Twilight and her friends give chase, but she easily eludes them due to her heightened bat-like senses. Pinkie Pie makes a comment about Fluttershy's Stare, and Twilight comes up with an idea. Applejack sacrifices her giant blue ribbon apple to lure Flutterbat into a trap. When she swoops down to eat the apple, Twilight and friends surround her with mirrors, causing her to use the Stare on herself and enter a trance. Twilight casts her spell again, and Fluttershy returns to normal.

In IDW's comic series, the Vampire Fruit Bats are mentioned and appear towards the end of the Night of the Apples storyline (issue #31-32).

In issue #31, Twilight mentions that the fruit bats could help them against the sentient apple army that has taken over Ponyville, however, Fluttershy and Applejack state that the Fruit Bat Sanctuary is too far away and guarded by the Apples, and, even if they get there, there would be no way to get them to follow their orders, as Fluttershy can't communicate with them.

In issue #32, after using a spell to turn themselves into creatures like Flutterbat, the Mane 6 begin to fight back the Apple army, but quickly start to lose the fight, until Flutterbat (who is now in control of her primitive instincts) appears with an army of Vampire Fruit Bats and helps her friends fight back the Apples. When Bad Apple summons his apples to turn into a giant monstrous construct (that is shaped like Spike) in order to destroy Ponyville, Flutterbat and the Vampire Fruit Bats continue to fight it off until Rainbow Drac removes Bad Apple from the Construct and replaces him with Good Apple, who gets his fellow apples to calm down. After the fight, the Fruit Bats presumably return to the fruit bat sanctuary. 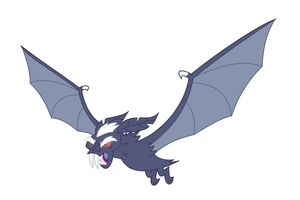 One of the Vampire Fruitbats. 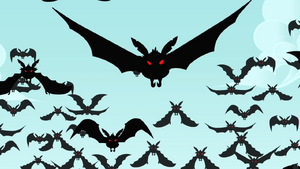 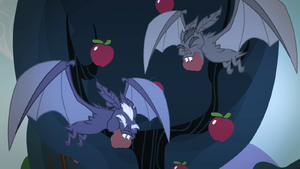 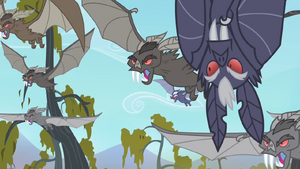 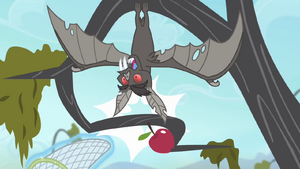 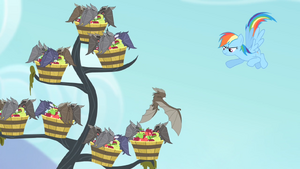 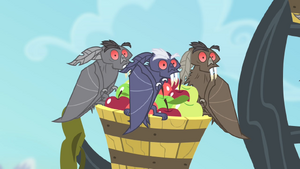 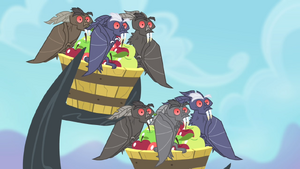 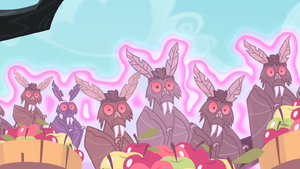 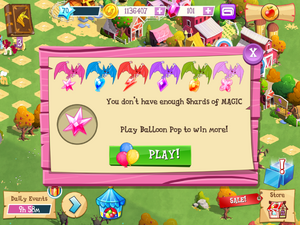 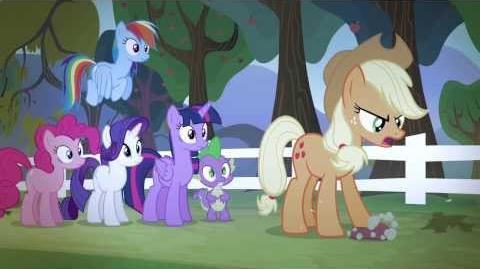