Folklore around the world

Drinking blood from the living.

Vampires are mythological and/or folkloric beings who subsist by feeding on the life essence (generally in the form of blood) of living creatures, regardless of whether they are undead or a living person.

Vampiric entities have been recorded in many cultures for thousands of years, and may predate the first records of human history; according to literary historian Brian Frost, the "belief in vampires and bloodsucking demons is as old as man himself". However, the term vampire was not popularized until the early 18th century, after an influx of vampire superstition into Western Europe from areas where vampire legends were frequent, such as the Balkans and Eastern Europe. Local variants were also known by different names, such as vrykolakas in Greece and strigoi in Romania.

This increased level of vampire superstition in Europe led to mass hysteria and in some cases resulted in corpses actually being staked and people being accused of vampirism.

While even folkloric vampires of the Balkans and Eastern Europe had a wide range of appearance ranging from nearly human to bloated, rotting corpses, it was the success of John Polidori's 1819 novella The Vampyre that established the archetype of charismatic and sophisticated vampire; it is arguably the most influential vampire work of the early 19th century, inspiring such works as Varney the Vampire and eventually Dracula. However, it is Bram Stoker's 1897 novel Dracula that is remembered as the quintessential vampire novel and which provided the basis of modern vampire fiction.

Dracula drew on earlier mythologies of werewolves and similar legendary demons and "was to voice the anxieties of an age", and the "fears of late Victorian patriarchy". The success of this book spawned a distinctive vampire genre, still popular in the 21st century, with books, films, video games, and television shows.

The vampire is such a dominant figure in the horror genre that literary historian Susan Sellers places the current vampire myth in the "comparative safety of nightmare fantasy".

Outside of Europe almost every culture on Earth has regional varieties on vampires, often these vampires display wild and alien traits that are very different from what most imagine when they think of traditional vampires - for example some vampires could detach arms, legs, heads or entire torsos to pursue prey or shape-shift into mythical monsters such as were-beasts.

Other vampires may feed on life-force (souls), fear or other substances beyond the traditional blood-diet of European vampires - a great many cultures saw vampires, witches and demons as closely linked and blamed them for disease, death and general misery just as early folklore in Europe did, but granted them a wider array of supernatural powers and forms with which to terrorize the living.

The most notable fact is that not all vampires in non-European myth are undead; some of them are seen as evil shamans/witches or fairy-like creatures, while others are seen as transformed humans, cursed to become such monsters.

The "modern" vampire is a very different creature from its roots in folklore. The modern vampire is seen as a seductive creature of the night with an attractive (if macabre) form with an aristocratic bearing, charming their victims into their clutches rather than simply attacking them, like their folkloric ancestors.

Many modern vampire lore and stories focus on this seductive, gothic creature rather than the monstrous demon it was depicted as in folklore - it is generally believed that Dracula was the point in which vampires were altered in such a fashion, marking a dramatic change in how they were viewed in popular culture. 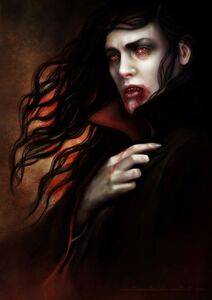 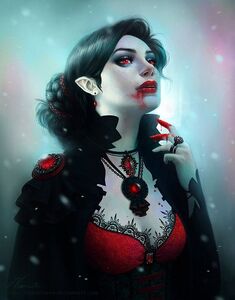 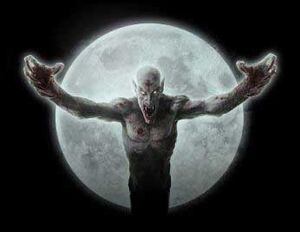 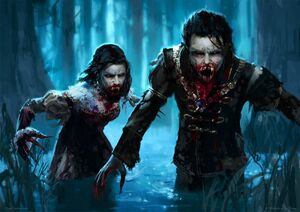