Assist Makuta Teridax and the Brotherhood of Makuta of overthrowing Mata Nui and take over the Matoran Universe. (failed)

Vamprah is the major antagonist in the BIONICLE series. He is also a Makuta and a high ranking member of the Brotherhood of Makuta and one of the members of the Makuta Strike Force who was tasked of invading Karda Nui in the preparation of overthrowing the Great Spirit Mata Nui.

He also served as one of the main antagonists in the Karda Nui arc.

Vamprah and the other Makuta were created by Mata Nui with the use of the substance known as the Antidermis on the Southern Island of the Matoran Universe. He later became a member of the Brotherhood of Makuta as their task was to serve the will of Mata Nui as well as maintaining order on the universe.

When the League of Six Kingdoms started to overthrow the Great Spirit, Vamprah joined the army of the Brotherhood as he, Antroz, Gorast and Bitil were attacking the Barraki's fortress and successfully defeated the warlords.

Following the Matoran Civil War, Vamprah was assigned by Miserix; the leader of the Brotherhood to watch over Odina, which was revealed to be the base of the Dark Hunters.

Later when Makuta Teridax demanded a Convocation to reveal the plan of overthrowing the Great Spirit, Vamprah remained silent at first but eventually sided with him.

Vamprah and the other Makuta later discovered that they have evolved beyond the need of the physical body, turning the organs and tissue into a gaseous substance.

Vamprah later showed up as he and the other Makuta were informed by Gorast who discovered the entrance of Karda Nui. Vamprah along with Antroz, Chirox, Krika, Gorast and Bitil were ordered to invade Karda Nui to transform all the Av-Matoran into the Shadow Matoran in order to control

Vamprah was an extremely terrifying, sinister and deadly Makuta. He was an expert of being a hunter as he enjoyed stalking his enemies as opposed to direct combat, often toying with them both mentally and emotionally, letting them escape temporarily before killing them after the long hunt. He was also sadistic as he enjoys draining the morals out of his victims with his Avsa, leaving them distressed and vulnerable.

He also dislike speaking as it was meant to hinder his hunt as the other Makuta found him being uneasy especially Chirox and instead communicating with them through telepathy. However, he can be heard hissing and snarling, though he yells when he was struck by Pohatu. 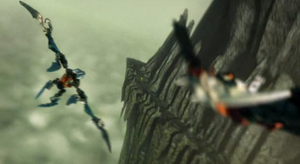 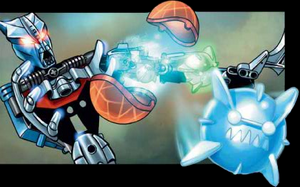 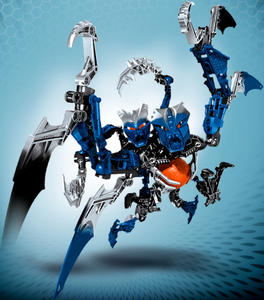