Finding a body for Shadowfang.

Give a female body to his fiancee, Shadowfang, to be with her forever.

Vampyro is a recurring antagonist in Wakfu. A vampire, he seeks a body for his lover Shadowfang can reside in.

When Yugo and his friends visit Katrepat Town, they find it in a depressing state. The sky is purple, thunder is growling, and there are ghouls everywhere. When they go to a tavern, they find it very poor. The food served is really bad. When entering, Vampyro placed a mirror that allows him to see who passes. When he saw Evangelyne, he knew she was perfect to be Umbridge's new body. When the group of friends decide to sleep there, during the night, Evangelyne is kidnapped by the ghouls. Tristepin, very angry, and his friends, of course, go to Vampyro's castle to take her back. Once they entered, they fight Vampyro, who tries to kills Evangelyne to make her a body for Ombrage. He tries to absorb Tristepin's shadow, but it doesn't work. Rubilax Tristepin's shushu, tells something, which makes Vampyro realize his opponent is a guardian. Now that Vampyro knows that Tristepin is also a guardian, he understands better why he can not absorb his shadow. On the other hand, he manages to take control of Ruel which is a formidable opponent for Yugo and Amalia. Fortunately his zombification did not take away his weakness for gold. It was enough to send a simple Kama out so that Ruel loses all aggressiveness and kind to go retrieve it. Seeing that he can no longer count on Ruel, Vampyro decides to solve the problem himself. Yugo and his friends do not manage to make the weight because Vampyro proves to be an opponent much more formidable than Ruel. How do they do it? During the fight, Yugo throws his Tofu, Az, on Vampyro. It transforms him in a weak bat, revealing he's allergic to cuteness. It's how they manage to beat Vampyro. Once done, Evangelyne is freed from the charm, and so is the village.

The inhabitants of the village of Quatre Pattes have also recovered their normal aspect and this place begins to find a more sunny time. Now that everything is back in order, Wagnar invites Yugo and his friends to eat in his castle. Given that the group has not eaten anything since the day before, this proposal is welcomed with an undisguised enthusiasm.

Evangelyne, who heard Tristepin's voice after his death, goes after him. She realizes it's Rubilax who has taken control of his body. While going after him, she finds what seems to be Katrepat's ruins. Inside of it, she finds Remington and his cat, searching for the shushu sword that contain Tristepin's body. She wants to stop them, so she fights Remington, but then, gouls go after them. Evangelyne eventually manages to beat him with a shushu sword. When Evangelyne finds Rubilax, she is shocked, but she eventually fights him directly. Disconcerted, he blames those he deems responsible for his failure, that is, Evangelyne and Tristepin. But in his fit of anger, he forgot that Tristepin's body still refuses to carry a direct blow to Evangelyne. His fist stops a few centimeters from her face. Rubilax decides to run in the collapsing city, in somewhere. Yugo and his friends manage to find Evangelyne to fight Rubilax. Ruel and Amalia were corrupted, but Yugo wasn't because of his pure heart. The heroes discover that Umbridge is the new ring of Rubilax. But then, she manages to betray Rubilax and make him the ennemy of his king, Rushu. Angered, he blames the heroes. Just then, Tristepin claims his body, and the heroes try to run out of the city. Some weird Tristepin statues start attacking them, but their talents are no match against Yugo and his friends. The people of Katrepat were transformed into gouls, but were saved when Tristepin took over his body.

While everything collapses around them, Wagnar wants to risk his life to recover Umbridge, but Amalia dissuades him explaining that even if he is the guardian, his priority duty is to save his people. Shadowfang/Umbridge/Ombrage is then abandoned in the middle of the rubble. 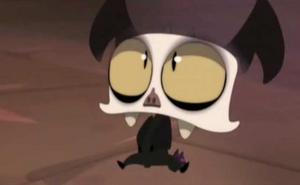 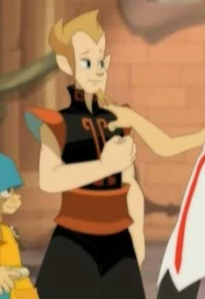 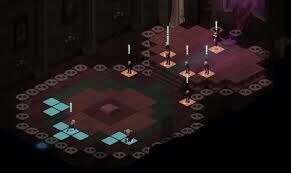