Obtain the Meta-Nanites to become a god.

Make the world where EVOs are the dominate race and him as their supreme leader.

Van Kleiss is the central antagonist of the animated series Generator Rex. He is the main antagonist of the first and second season and a major antagonist during the third. He is able to control his nanites like Rex, except his mutation is unstable and requires a constant supply of fresh nanites, causing his victims to petrify in the process.

He is voiced by Troy Baker.

In the past, Van Kleiss was present during the nanite incident. He was power hungry and never cared about others but for himself, wanting to obtain all the power with the help of the nanites and seeks to create a planet populated entirely by E.V.O.s. It's also revealed that he killed Rex's parents after the incident happened after discovering the same thing. This was due to him realizing that the Consortium had also the same objective like him.

With the Pack as his enforcers, he established a domain called Abyssus at the original site of the nanite explosion and has nanites seeded for miles in the area. As a result, he can control everything in his sphere of influence, and even regenerate completely from the ground if his body is destroyed. He has an extensive knowledge about the nanites, apparently having worked on or been familiar with the experiment which released them, and about Rex's past.

He is killed in the episode "Dark Passage" while attempting to secure Dr. Gabriel Rylander's nanite laboratory but was resurrected in "What Lies Beneath" when Rex had to resurrect him with a machine when Abysus was becoming unstable. Rex cured him shortly thereafter.

In doing so, however, Rex gave Van Kleiss the means to study his nanites, which Van Kleiss then stole. With Rex's nanites, Van Kleiss gained the new power to create E.V.O.s simply by touching his victim, which passes them a unique mark. It is said that E.V.O.s created by Van Kleiss has their nanites extremely unstable, meaning that the transformation will eventually be permanent if not cured.

In "End Game" Pt. 2, during the final cure, Van Kleiss is dragged by Breach into one of her wormholes. His fate is still unknown. 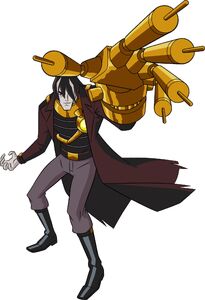 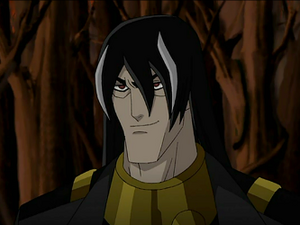 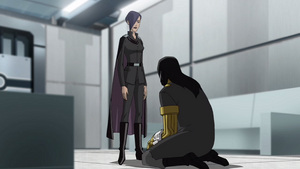 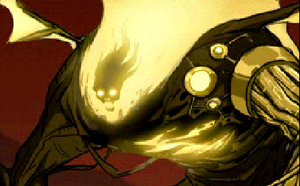 Omega Van Kleiss
Add a photo to this gallery

Retrieved from "https://villains.fandom.com/wiki/Van_Kleiss?oldid=4153982"
Community content is available under CC-BY-SA unless otherwise noted.