Van McNulty is a recurring antagonist who appears in the WB/CW television series Smallville.

He serves as the main antagonist of the Season 3 episode "Extinction" before returning as a supporting antagonist in "Asylum".

He was portrayed by Jesse Metcalfe who also played Craig Landry in The Tortured.

After his father, a Marine lieutenant named Ray McNulty, was murdered by Tina Greer in Season 2's "Visage," Van embarked on a one-man crusade against people who had been affected by the Kryptonite meteors found all over Smallville, regardless of whether or not they had actually done anything wrong.

Van sought vengeance against other metahumans by hacking into Chloe Sullivan's database and found a list of suspected metahumans.

He even shot and killed his best friend Jake Pollen, a student with amphibious abilities when he attempted to drown Lana Lang in Smallville High's swimming pool. He left a chunk of meteor rock labeled with the word "freak."

He also killed a mechanic named Leonard Wallace, as Chloe suspected might have had some kind of stretching ability. Clark cornered Van McNulty in the school hallways. Van was listening to a police scanner and tells Clark that he is listening to find out when they catch the person who killed Jake.

After interviewing Van for a school article about Jake, Clark Kent does some digging and learns of Van's connection to the Marine lieutenant that Tina killed, and he and Pete Ross go to the McNultys' hunting cabin in the woods.

There they find an arsenal of weapons and printouts of notes on meteor-infected humans, which includes Lex Luthor, whom Clark deduces is Van's next target. Clark super-speeds to Metropolis, arriving just in time to save Lex from being shot by Van.

Van witnesses Clark catch the bullet before Clark chases him down. Clark spots Van and catches up to him, and the two boys fall to the sidewalk. Kryptonite chunks fall out of Van's backpack, weakening Clark with their radiation. Standing up, Van tells Clark he saw him catch the bullet to save Lex and calls him a freak.

Seeing Clark writhing in pain from the Kryptonite, he then deduces Clark's weakness and even takes a chunk of meteor rock and brings it near Clark until police cars start pulling up. He then flees the scene.

Later, Van flees into the woods setting up a camp, working out and making Kryptonite bullets and shoots Clark with one. He then goes to the Talon, where he corners Lana in the alley, tells her he's the one who killed Jake, and also says he shot and killed Clark, much to Lana's sadness.

He asks her to help him leave town since there are roadblocks. Lana manages to push Van down a flight of steps and tries calling the police, only for Van to stop her and take her captive.

It turns out that Clark survived Van's murder attempt (thanks to his parents removing the Kryptonite bullet), and he sends a message to Van via police radio, telling him to meet him at Smallville High. Van brings Lana with him so she can see for herself that Clark is a freak.

When Clark arrives at the school, Van shoots him multiple times with Kryptonite bullets, but Clark is unharmed (due to wearing a makeshift lead breastplate). Lana then kicks Van in the groin before kicking him into the nearby trophy case unconscious. He was arrested and sent to Belle Reve.

Van returns in "Asylum", where he attempts to attack Clark in the hallway when the latter comes to Belle Reve to visit Lex, who has been institutionalized by his father. At Belle Reve, Van grudgingly agrees to help Ian Randall and Eric Summers get revenge on Clark, their mutual enemy, by supplying them with a chunk of Kryptonite.

After he explains its uses, Ian splits in-two while Van is weightlifting. Once Ian gets the Kryptonite from Van, he and his duplicate kill Van in Belle Reve's weight room using a bench press, crushing his neck with the very weight that he is using. 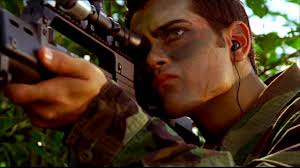 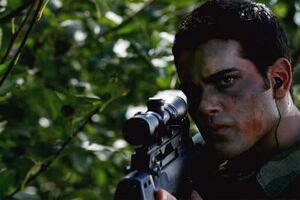 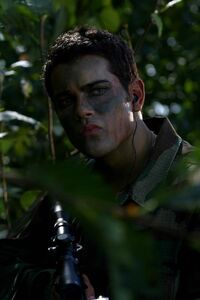