Nai
Mea
Queen of the Vampires

The self-proclaimed Queen of the Vampires, Vancuria is virtually indestructible. However, though she was immortal, her existence was a lonely one and overtime developed an ability to split herself up into the Nightmare Sisters as a remedy for it. As a result of her "special body", Vancuria was not constrained by the seal that kept the rest of Infershia underground and this served as an overseerer of Braken's plans.

The splintered form Nai and Mae is a duo of vampire-like girls dressed in Gothic Lolita attire.

While Vancuria is serious, Nai and Mae seem to be reflections of their true self's cheeky and mischievous side. Nai seems to be the "older sister" as since Mea tends to only repeat a portion of what her other says.

The Magirangers first encounter Vancuria when she attacked people as Nai and Mae, fusing into her true form to overwhelm MagiRed, MagiBlue, and MagiGreen before attempting to feed the three to the Hades Beast Blob. Vancuria continued to fight the Magirangers with her pets Hades Beasts Mimic and Leech. With the help of Leech, Vancuria had the vampirized Houka Ozu under her control until Tsubasa Ozu and the other Magirangers broke the spell on their sister and finally ended Vancuria's winning streak over them with Tsubasa's Dawn Crystal and the Magi Cross attack which crucified and blew her up. However, Vancuria reconstituted herself and destroyed the Dawn Crystal with the knowledge that she would not make the same mistake twice. Vancuria later oversaw the search for Lunagel, receiving a power boost by Wolzard to overpower the Magirangers until Lunagel drives her off.

After Braken is killed, Vancuria retrieves the lifeless husk that was Raigel so NMa can revive him into Memmy who became her new boss. During that time, Vancuria was allowed to use Wolzard's magic for a bit prior to the events leading to Memmy's death and the destruction of Infreshia. Surviving the latter event, Nai and Mea find the Book of Prophecy that covered their group's past attempts before leading Vancuria to the Valley of the Gods as the Infreshian Pantheon awaken. Though dwarfed by them, Vancuria was kept alive by the Hades Gods so that she could serve them as a spy while developing a crush on Wyvern before his injury by Wolzard unverved him. Eventually, once NMa revived and she was forced to watch Sphinx be murdered while beginning to have second thoughts, Vancuria used her immortality to revive Sphinx along with everyone killed by NMa and Dagon. In the end, Vancuria joined Sphinx in the "new Infershia".

Years later, Vancuria was revealed to have been imprisoned by the Zangyack along with other villains. The Gokaigers free her and the other inmates on their way to rescuing Gavan. 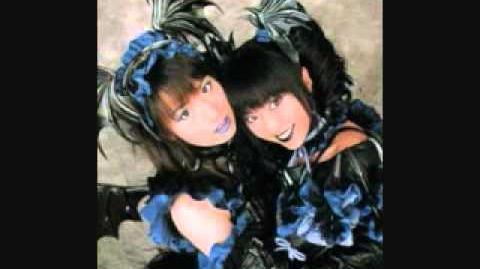 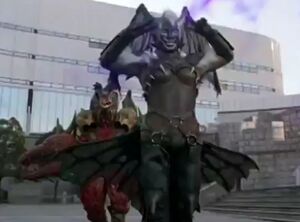 Retrieved from "https://villains.fandom.com/wiki/Vancuria?oldid=3709762"
Community content is available under CC-BY-SA unless otherwise noted.