Maintaining her position as queen bee and most popular girl in school.

Vanessa is a supporting antagonist from The Grudge 2. She is an American schoolgirl attending Tokyo's International High School with Miyuki Nazawa and Allison Fleming.

She was portrayed by Teresa Palmer, who later portrayed Becky Barnes in Disney's The Sorcerer's Apprentice and Rebecca in Lights Out.

Vanessa was a stereotypical "snotty, popular mean girl" student from the International High School and best friends to another student named Miyuki. The unpopular and shy Allison desperately tried to climb up the social ladder by befriending Vanessa, the school "It Girl", and Vanessa. Allison tagged along with them after school, where she was seemingly accepted by the two as Vanessa showed Allison how to roll up her skirt and wear her uniform more provocatively like Miyuki and her.

After they left the school, Vanessa offered Allison a "test" before she could formally befriend them and become part of the popular clique: to enter an abandoned, house that belonged to Kayako Saeki, and was said to be "one of the most haunted houses in all of Japan". The three schoolgirls broke into the house two years, after a girl (Karen) set a fire that "killed" her boyfriend two years before (in reality he was killed by Kayako). While inside the house, Vanessa mocked Allison and Miyuki for showing fear. She then pressured Allison into entering a closet upstairs (where Yoko was killed at the beginning of the first movie), closing her eyes, and counting to ten, by convincing her that it was a necessary step before she could become their friends. Unbeknownst to Allison, however, Vanessa and Miyuki never intended to befriend Allison and lured her into the house to play a prank on her. While Allison was counting to ten in the closet, Vanessa and Miyuki slammed the closet door and trapped Allison inside the pitch-black closet. Vanessa then pulled out her phone and prepared to take a picture of what she hoped was a frightened and humiliated Allison. However, neither Allison nor Vanessa and Miyuki could open the closet door. While trapped in the closet, Allison encountered a woman's ghost inside the wardrobe and screamed. Frightened, Vanessa and Miyuki fled from the house while Allison followed shortly behind them as she was able to finally open the closet door.

Later on in the locker room, Vanessa taunted Allison in front of a group of their classmates for jumping out of her seat earlier in the day and her visits to the school's counselor, unaware that Allison and Miyuki were being stalked by the ghosts from the Saeki House. Allison ran away crying as Vanessa and her posse laughed at her expense. Soon after, Vanessa entered the shower. She saw that she was shedding black hair, which was odd because her hair was blond. After she left the shower she began to change into her uniform, where she saw Kayako watching her from the corner and making a horrifying croaking noise. Terrified, Vanessa urinated herself, dropped her blouse, and ran through the halls in fear with only a towel covering her.

Later, Vanessa's face began to badly deteriorate and she rapidly lost all of her beauty. The curse had taken its toll on Vanessa, causing her face to turn increasingly gaunt and ugly and permanently depriving her of her facial beauty. Vanessa became distraught by these sudden, inexplicable changes and suffered a nervous breakdown when she realizes she was no longer beautiful, causing her to stumble backwards through the school hallway into her baffled classmates. She was stopped by a teacher, who informed her that the school principal wants to see her.

Vanessa regained her composure and goes to meet with the school principal. As she entered the principal's office, she was dismayed to see Allison sitting on the couch across from the principal. A haggard-looking Allison, informed her that Miyuki was missing (although they were unaware that Miyuki was dead). She then blamed Vanessa for forcing her to enter the house, to which Vanessa haughtily replied that, "you wanted to come!". This caused Allison to break down in tears and run from the room. The principal chased after her to calm her down, and told Vanessa to wait in the room. Left alone, Vanessa sat at the principal's desk and sent a text message to Miyuki that read "where r u ?". She then began playing with a lamp on the desk until it suddenly went out. Vanessa bent down under the desk to try to fix the lamp's wiring when she suddenly saw Toshio's feet in front of her. As she began to panic she heard her cellphone buzz and reached her hand from beneath the desk to grab the phone. Instead of her phone, however, she felt Toshio's feet. Vanessa then screamed as Toshio rocked the desk. She crawled out from the desk and jumped in sheer terror, expecting to see the ghost. However, Toshio had disappeared while Vanessa's phone had reappeared and was ringing again. Vanessa answered the phone and shouted for Miyuki, but was met the sound of a ghostly meow. She then dropped her phone on the floor and ran out of the room and eventually the school building.

A terrified Vanessa ran through the streets outside and entered a payphone booth, where she attempted to call Miyuki. Instead, she heard Kayako's death rattle. Toshio then appeared at her feet prevented her escape from the phone booth by grabbing her legs. Vanessa then met her fate as Kayako consumed Vanessa with her hair.

Vanessa's soul then became permanently bound to the curse, as she was transformed into an onryō. She was next seen in the principal's office as a ghost in her school uniform alongside Miyuki and Principal Dale, which caused Allison to run back to her home in Chicago, unaware that the Grudge followed her. Vanessa's soul was doomed to become an onryō that served as a grotesque parody of her vanity and former beauty for the rest of eternity. While living Vanessa's striking beauty was enhanced by her provocative uniform style which she took so much pride in, onryō Vanessa looks revolting and grotesque in the same sexualized style. Vanessa and Miyuki are then known to be remained as onryōs for good.

In the apartment, Jake later saw a glimpse of Vanessa and Miyuki's ghosts walking behind Allison and then saw their eyes looking through the window. Miyuki and Vanessa's spirits stalked and tormented Allison until she became insane and covered her windows with newspapers and cut her hair to prevent Kayako from appearing through it. Vanessa also harassed Trish Kimble until she became so insane that she killed her husband, the Flemings, and Lacey. 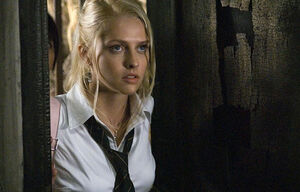 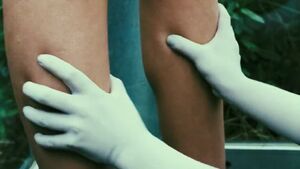 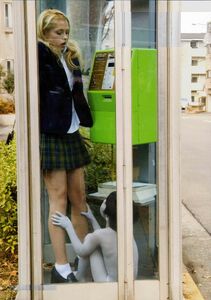 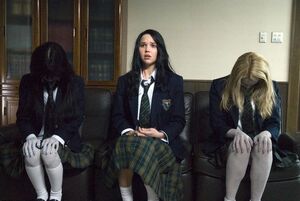 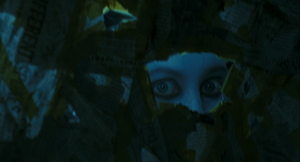 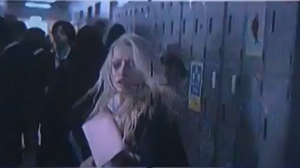 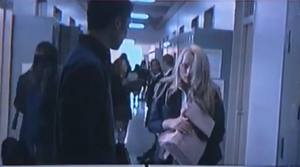 Retrieved from "https://villains.fandom.com/wiki/Vanessa_Cassidy?oldid=4023423"
Community content is available under CC-BY-SA unless otherwise noted.