She was portrayed by Elizabeth Hurley, who also portrayed The Devil in Bedazzled and will later portray Morgan le Fay in Marvel's Runaways.

Vanessa Kensington was the daughter of Marie Kensington, Austin's partner from the 1960s. Born on 10 June 1970, she was among the secret agents that welcomed the thawed Austin Powers to the 1990s. She was initially disgusted by Austin's politically incorrect, womanizing attitude, but soon warms to his good nature and falls in love with him. At the end of the film, she and Austin marry and are shown in their honeymoon suite.

Her weapon of choice is a Desert Eagle.

Austin Powers: The Spy Who Shagged Me

After getting married in International Man of Mystery, Austin and Vanessa spent their honeymoon in a honeymoon suite. Austin noticed that Vanessa has been acting strange after they had sex and decided to watch In Like Flint. Pressing some buttons on a remote, he notices Vanessa acting strange and she grabs Austin's throat. Austin tears out Vanessa's face to find out that she is a Fembot. Vanessa then tries to kill Austin Powers with her "machine gun jubliees." Austin hides behind a table and uses his penis enlarger to surrender. Vanessa self-destructed after Austin's surrender with Austin grieving over the basis that Vanessa was a fembot. He gets over it when he realizes that he is single again. 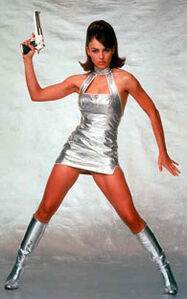 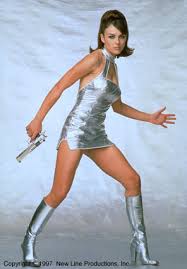 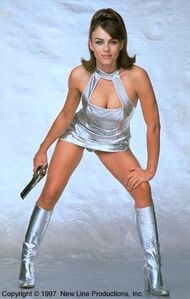 Austin discovers that Vanessa is a Fembot. 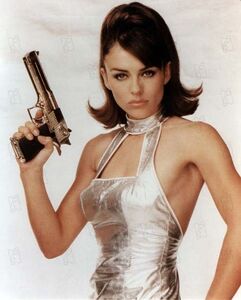 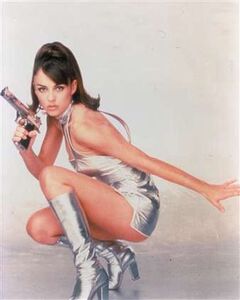