To take Earth's magic, To get vengence on Tom Clarke for turning Lexi into a human.

Varg is the son of The Nekross King, the older brother of Lexi, the husband of Lady Lyzera, the Prince later King Regent of Nekron, a member of the Nekross race and co-secondary antagonist later co-main antagonist of the CBBC science-fantasy series Wizards vs. Aliens.

He is played by Jefferson Hall from Series 1 to Series 2 and Kristian Phillips from Series 3.

Varg loves nothing more than hunting for Magic and has fought his way across many planets to achieve this goal. From the Android armies of Dokkaben to the Royal Court of Orion Five, all have met their defeat at the hands of Varg. He and his fellow Nekross have extracted magic from every planet, except one: Earth, but the only one standing in their way is a wizard named Tom Clarke who will stop at nothing to protect Earth's magic. Though considered a villain, Varg has done the occasional heroic act: He joined forces with Ursula Crowe and Benny Sherwood to rescue Tom and Lexi after they were kidnapped by Stephanie Gaunt and another time, he and Lexi joined forces with Tom and Benny to defeat Chancellor Kooth who with the help of her son Jathro (who was once loyal to the Royal Family), attempted to overthrow the Royal family and rule Nekron herself.

He is also able to operate Nekross technology: Voolox a gadget that allows a Nekross to control others and also a form filter which allows a Nekross to take a human form: the first form Varg took was Stephanie Gaunt in the episode "Friend or Foe" and later Rick Towers in the episode "100 Wizards". After a run in with a Hobbledehoy named Squiggley, Varg became magical and kept unintentionally making chickens appear, due to this he was pursued by Lexi and the other Nekross who wished to extract the magic out of him. But before that could happen, Varg was teleported to Earth and another Hobbledehoy named Stickley reversed Sqiggley's actions and returned Varg to his original self.

In the Series 2 episode The Thirteenth Floor, Varg traveled to Wyvern House after tracking Magic there but made the mistake of taking the lift there as it was actually The Neverway which took him to The Neverside and he was transform into a Satyr. Due to time differences between The Neverside and Earth, Varg ended up spending 100 years there where it was only a few hours on Earth. One time Varg encountered Tom and Lexi (in her human form) but did not recognise them and pursued them, but luckily Tom and Lexi were able to escape and found a hut where Tom casts a magicial shield to stop Varg getting to them. 20 years later, Varg befriended Tom and Lexi's son Benny Jr. but on one occasion they were seen together by Tom and Lexi to which Tom believed Varg was about to harm Benny Jr. and shot magic at him, fatally wounding him. Varg then reveals to the two who he is and then Benny arrives and the group carry Varg to The Neverway and when entering, he returns to his Nekross self.

In All Out War following the defeat of Kooth, Varg along with the King take the Zarantulus back to Nekron but swears vengeance on Tom because he changed Lexi into a human (which he did to save her from dying from Zanti Scale Contamination) which Varg sees as an insult. In Series 3, which takes place months after the previous series, following the King's retirement, Varg becomes King Regent and in order to stop his father being devoured (after it was discovered that the King was keeping Magic for himself and giving only scraps to his people), marries a female Nekross called Lady Lyzera, who unknown to Varg was a sorceress. He discovers her secret in the episode The Key of Bones, after witnessing Lyzera kill Jathro by turning him into beetroo bugs.

In his true form Varg has brown eyes, brownish-gold skin with two spiky antenna with an eye and mouth on them and wears dark blue armour with spikes on the shoulder pads. After becoming King Regent, Varg wears blue clothing similar to his armour.

As Rick Towers he has shoulder length blonde hair, blue eyes and wears a suit. 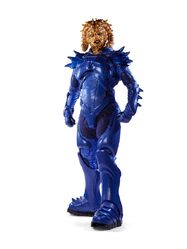 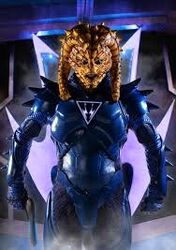 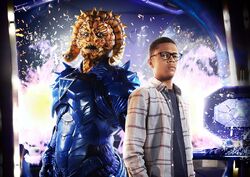 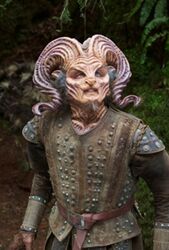 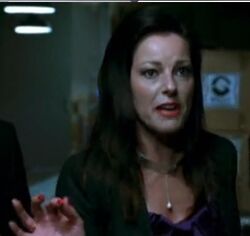 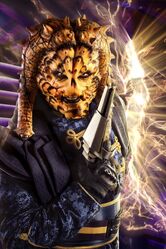 Varg with his wife Lyzera
Add a photo to this gallery

Retrieved from "https://villains.fandom.com/wiki/Varg?oldid=3892594"
Community content is available under CC-BY-SA unless otherwise noted.