Defeat and kill Princess Rapunzel, her family and the people of Corona to get revenge on them for turning their backs on him when he needed them the most (failed).

Varian is a recurring character in Tangled: The Series. He later serves as the main antagonist of the second half of the season. He is a young, brilliant, yet often clumsy alchemist and a friend of Rapunzel, who later becomes obsessed with getting revenge on both her and Corona after they are unable to help save his father.

He is voiced by Jeremy Jordan, who also played Winslow "Winn" Schott, Jr., on Supergirl.

He is irritated by people calling his work magic when he insists it is science, and he has a progressive mind, wanting to help his village when it is under siege by mysterious spikes of unbreakable rock despite his father's wishes to pretend the problem doesn't exist.

When one of his experiments in finding a solution goes horribly wrong that it entraps his father in unbreakable amber, Varian is overwhelmed with guilt and went to the only person he hoped could help, Princess Rapunzel. But due to a crisis going on, Rapunzel reluctantly turned Varian away, causing him to lose all faith in her and the royal family and the people of Corona, vowing to make them pay.

Varian threw away his moral compass when he came to the conclusion he needed Rapunzel, not the flower, to free his father. He sent an automaton to attack her, which caused her father, King Frederic, to confine Rapunzel to a tower, and then willfully mutated his pet raccoon to attack the castle guard, distracting everybody while Varian kidnapped Rapunzel's mother, Queen Arianna. He showed himself to be remorseless to Arianna, spurning her sympathies and attempts to convince him not to go down this path. However, he does admit to her that he is aware of the path he's taken but feels he has gone too far to turn back. He's also proven incapable of taking responsibility for his actions because despite what happens to his father being his own fault he instead blames Rapunzel and the entire kingdom.

When he realized Rapunzel's unbreakable hair could not free his father, Varian suffered an emotional breakdown and threatened that if he could not have a happy ending then neither would Rapunzel. He became murderous, virtually psychotic, and even after he was foiled and arrested, he seethed with a promise to his father he would make him proud. 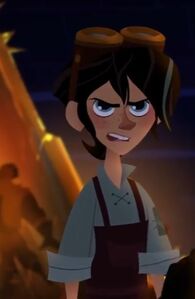 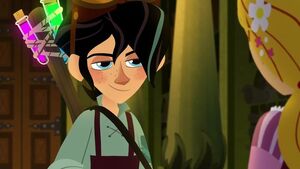 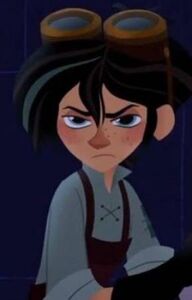 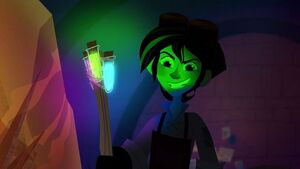 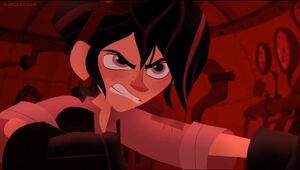 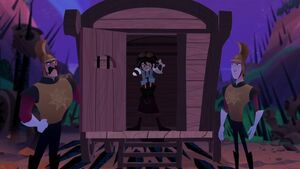 Retrieved from "https://villains.fandom.com/wiki/Varian?oldid=3062375"
Community content is available under CC-BY-SA unless otherwise noted.