NOTE: This article only counts the villainous Varvatos Vex from his backstory, not the series' current events, during which he is a hero.

Commander of the Taylon Phalanx (formerly)

Atone for his betrayal by helping Aja and Krel get back to Akiridion-5 to save its people from General Morando's tyranny.

Destroy the Zeron Brotherhood to avenge his family (both succeeded).

Commander Varvatos Vex is the tritagonist of 3Below and a major protagonist in the film Trollhunters: Rise of the Titans. He is the guardian of the Tarron family in Akiridion-5, who is disguised as an elderly human man. Although he is a hero during the events of the franchise, he has a villainous backstory.

He is voiced by Nick Offerman.

In his alien form, Varvatos has a blue skin tone and well-built body. He also has four eyes.

In his human form, he is an elderly man who wears a red sweater. He also has grey hair and a mustache.

Varvatos is the zealous and battle-hungry commander of Akiridion-5's military force the Taylon Phalanx who takes his role as Aja and Krel's bodyguard seriously. Likewise, he has a boisterous demeanor, as he frequently talks about killing or maiming his opponents. Varvatos also speaks often about his hope for an honorable death in combat and meets the potential of dying with glee. He uses chess as an outlet for his bloodlust, but does get to make the comment or two on his relative place on the chessboard.

However, Varvatos committed some wrongdoings in the past that he would deeply regret. Out of bitterness over the King's and Queen's decision to fortify Akiridion-9's defenses in response to the Zeron Brotherhood's attack that killed Vex's family instead of allowing him to pursue the bounty hunters in retaliation, Vex was tempted by Morando's promise of an opportunity to avenge his slain relatives in exchange for helping him take control over their planet. Due to this incident, he intends to protect Aja and Krel with even more zeal than normal.

In spite of his bloodlust and boisterous demeanor, Varvatos shows that he is a heroic and selfless person underneath, as he was willing to protect the king and queen from a god-like Morando so they could use their cores to power Seklos' cannon.

Varvatos is perhaps the most powerful warrior, as he trained his life to fight several opponents. He is very agile, durable and stronger than any human. Likewise, he has superhuman strength that could allow him to defeat any opponent with ease. 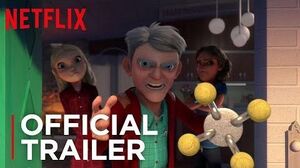 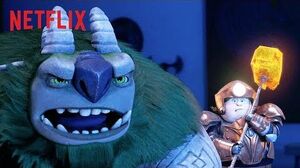