Separate the World from the influence of the Occuria (Succeeded)

Vayne Carudas Solidor is the main antagonist of Final Fantasy XII. He is the third son of Archadia's emperor, Lord Gramis, elder brother to Larsa Ferrinas Solidor, and part of House Solidor.

Vayne has blue eyes and long black hair. He wears a dark-green pullover and pants and white gloves with a sleeveless armor on it and white-and-gold armlets with wings on those on shoulders. Also gold knee-pads covers his legs. Vayne also wears a stylish cloak covered in dark blue, crimson and white as well as gold belt with gold long part hanging on the belt.

He was voiced by Elijah Alexander, who also voiced the character in Dissidia Final Fantasy NT.

Driven by the desire to free mankind from the Occuria, he is also highly ambitious, seeking to become a new Dynast King, and is lauded by friend and foe alike as a devious politician, skillful leader and administrator, and a true military genius. While he is a great leader and general, he is also ruthless and obsessed by power, though he does hold a soft spot for his younger brother Larsa. After the death of his father, Vayne becomes the 12th Emperor of Archadia, and the 5th from House Solidor.

Now holding absolute power, Vayne proceeds with his original plan of becoming Ivalice's new Dynast King, and putting history's reins back into the hands of man, and out of the Occuria's. He does so by sending Dr. Cid to the Pharos at Ridorana. There, Dr. Cid manages to use the Sun Cryst to spill forth a terrible mist over Ivalice, which is then absorbed by Vayne's new Sky Fortress Bahamut, thereby powering it. Using the new Sky Fortress, Vayne starts his complete rule over Ivalice.

However, the player party manages to get aboard the fortress, and confronts Vayne in battle with Larsa's aid. He is easily defeated, but by using the power of manufacted nethicite that had knocked Larsa out, he transforms into Vayne Novus. During the battle, Judge Gabranth turns on his former master, and when Vayne is weakened, he plunges his sword deep into the latter's chest. Vayne then fatally wounds the former Judge Magister in retaliation, and almost kills him, but is stopped by Larsa. While shocked by Larsa's actions, Vaan manages to wound Vayne mortally.

Managing to get outside, the dying Vayne can't help but laugh at his current state. Venat offers comfort, that they had succeeded in releasing the control of history from the hands of the Occuria, giving Vayne its power as a way of thanks. Wanting to take out as many people as he can before dying, Vayne uses his newly-gained power to fuse parts of Bahamut unto his body, to become a giant mechanical dragon, similar to the real Bahamut. This new form, called The Undying, proves troublesome for the party, but he is eventually defeated, and explodes into a cloud of mist. 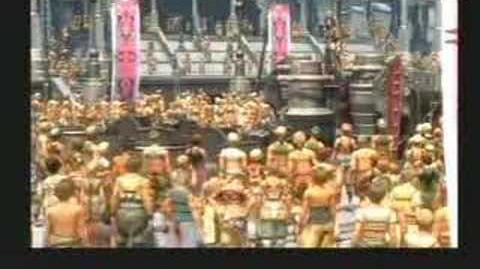 Retrieved from "https://villains.fandom.com/wiki/Vayne_Solidor?oldid=4156785"
Community content is available under CC-BY-SA unless otherwise noted.