Supervisor of the Factory

Vector is the main antagonist of the 2019 action film Alita: Battle Angel. He is a powerful crime boss, owner of the Motorball Tournament and the de jure ruler of The Factory, Iron City's governing authority. De facto he is the proxy of Nova, Zalem's technocratic overlord and The Factory's true ruler who employs Vector to collect body parts for his experiments.

He is portrayed by Mahershala Ali, who also played Cottonmouth in Marvel's Luke Cage, and Prowler in Spider Man: Into The Spider Verse.

A servant of Nova, Vector at some point employed Chiren as his personal cybernetics engineer, and also hired Hugo and his friends to go out and strip cyborgs of their body parts so he could transport them to Nova for him to experiment with. Vector kept Hugo under his thumb with the promise that if he amassed 1,000,000 credits working for him he would be able to go to Zalem. However unbeknownst to Hugo that Vector promised him a lie as Ido, an exiled citizen of Zalem later reveals to Alita that the only way to get to Zalem is through becoming a motorball champion and that Vector is only using Hugo.

Vector first appeared as Chiren was repairing Grewishka after the brutish cyborg was torn apart by Alita. Vector and Chiren discover that Grewishka was, in fact, being monitored by Nova. Nova then takes control of Grewishka directly and instructs Vector and Chiren to repair Grewishka for him to go after and get revenge on Alita.

Vector later appears after Hugo and his gang attack the winner of a Motorball tournament he hosted. After sawing off his limbs they leave him to Vector, who promptly murders him.

Vector invites Hugo for a drink, which Vector uses to ask Hugo for more information about Alita.

After Alita enters a Motorball tournament to earn money to help Hugo realize his dream, Vector gathers several of his most deadly bounty hunters and wanted criminals to compete in the tournament alongside her, offering to pay 500,000 credits to whoever kills Alita during the Motorball race. However, during the race, Alita fights off and incapacitates them all before exiting the competition to save Hugo from Zapan.

Vector later learns from Chiren that she helped Alita escape with Hugo and that she no longer wishes to assist Vector in his dealings with Nova. As Chiren leaves Vector stops her and offers to send her to Zalem but Chiren declines, regardless Vector has her organs harvested for experimenting for Nova.

After discovering that Vector lied about his promise to Hugo to send him to Zalem, Alita breaks into Vector's building and goes on a rampage, destroying several Centurions before making it to Vector's room. Grewishka shows up to fight Alita but she kills him easily before confronting Vector. Vector reveals to her that he does however keep his promises to send people up but just not in the manner they expect, revealing that they are harvested for their organs for Nova to experiment with whilst he reveals Chiren as an example of this. Alita then demands to speak to Nova and Nova takes control of Vector's body to speak to Alita. As Alita and Nova discuss the circumstances, Alita fatally stabs Vector when Nova threatens to harm her friends but Nova is unconcerned simply expressing how "tiresome Vector was getting".

Unlike in the animated film or live action film, Vector does not die in the confrontation with Alita in the live action or Ido in the OVA, but is spared by Alita focusing on finding Hugo after he jumped out a window. Also unlike his other versions, he did not meet Desty Nova in person or know him, but was more of a shrewd businessman trying to maintain security in keeping the status quo and avoiding conflict with Zalem above.

He ended his time as a villain in the series when Desty Nova’s son and enemy, Kaos Nova, returned to the Factory and defeated Vector’s Guards, proving his strength and resolve to be respected by Vector, in spite of the former administering a harsh form of torture to discourage his crazy idea of building a great tower up to Zalem. 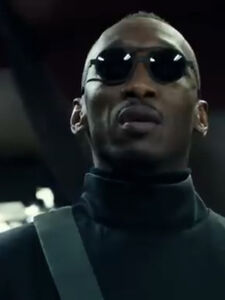 Vector in his champion suit 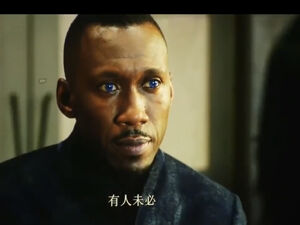 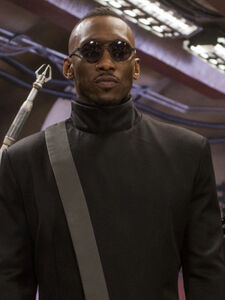 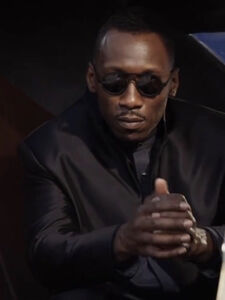