Looking at himself in a mirror.

Killing those he considers to be ugly.
Slowly skinning flesh off of live rabbits.

Be young and handsome forever.

In Japanese, he has been voiced by Shō Hayami, the late Kaneto Shiozawa, Yūji Ueda, Kazuyuki Ishikawa, Nobuyuki Hiyama, Chihara Junior, and recently by Junichi Suwabe since Street Fighter IV.

In English, he has been voiced by Richard Cansino in Street Fighter II: The Animated Movie and Street Fighter II's Animaze dub, Vic Mignogna in the ADV dub of Street Fighter II V, Paul Dobson in the cartoon (who also voiced Doctor Doom and Shuma-Gorath since Marvel vs. Capcom 3: Fate of Two Worlds), and Doug Ergoltz in all appearances since Street Fighter IV.

Vega is a Spanish nobleman born to a beautiful mother. However, the status of his family had dwindled and his mother was forced to remarry for financial security. As he grew up, Vega began showing an interest in bullfighting, which was a national sport and a cultural tradition. After becoming a skilled matador (bullfighter), he traveled to Japan to learn ninjutsu, a fighting style which he believed mixed well with his natural grace and speed.

Before long, he joined an underground fighting circuit, and quickly became a renowned fighter. But tragedy struck when Vega's hideous stepfather murdered his wife, believing that she did not respect him. This event took place before Vega's eyes, causing him to snap from the trauma. He stabbed his stepfather with his claw through his chest, killing him and lived a dual life: an honorable nobleman by day, a sadistic murderer by night.

Vega is one of the four bosses of the first Street Fighter II, and he later became a playable character in its Champion Edition.

In Super Smash Bros. Ultimate, Vega appears as a primary attack type spirit that lowers the fighter's weight when equipped. His spirit battle is a stamina battle against Meta Knight on the Ω form of Arena Ferox where all fighters have reduced jump power, despite the enemy loving to jump.

Vega is a headstrong, manipulative, and uncompromising narcissist. He thinks he is the most beautiful man in the world. He hates anything ugly, and will kill anyone he deems "imperfect" without hesitation. He is also notably sadistic, traitorous, vituperative, and psychotic, so he loves to torture his victims and the sight of blood. Therefore, he tends to prolong his fights, just for the mere pleasure of watching his enemies suffer. Furthermore, he usually lacks any honor as he is willing to use dirty tactics to win despite his attempts at being affable.

His narcissism drives him to wear a mask over his face in combat. Not to hide his identity, but to protect his "perfect" face from any scarring or bruising. He is a very formal and authoritative person and enjoys classical music, particularly orchestrated strings and Spanish guitar. Therefore, in addition to judging people by their looks, he often lacks respect towards those who don't have a fine taste in culture. 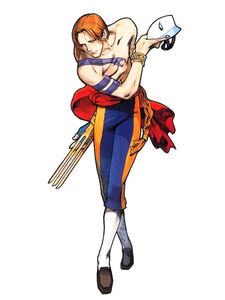 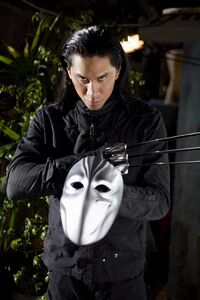 Vega in the 2009 movie Street Fighter: The Legend of Chun-Li. 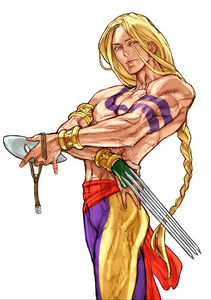 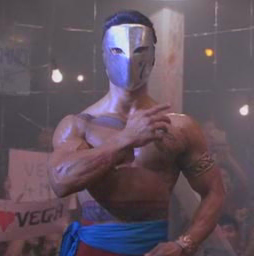 Vega in the 1994 Street Fighter film. 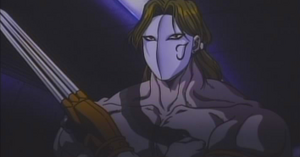 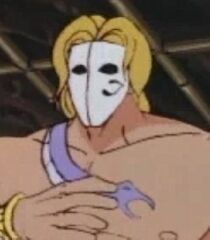 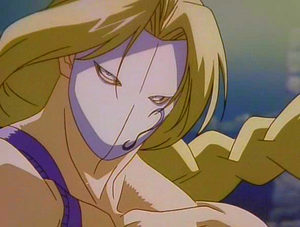 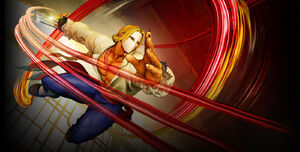 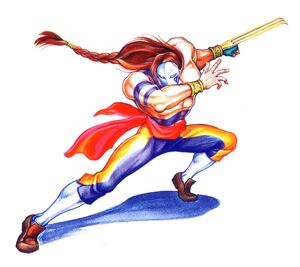 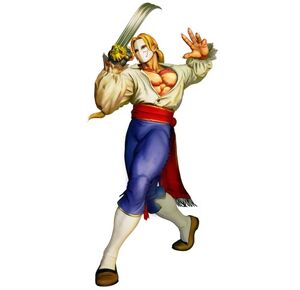 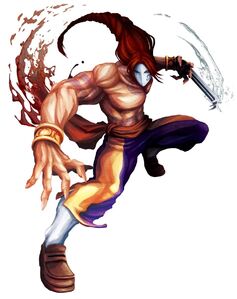