The VSA was established when the surviving Helghasts began to colonize eastern Vekta and established New Helghan as the end of the Second Extrasolar War. The VSA was eventually put under the control of Thomas Sinclair as the organization's Director, but he was corrupt, xenophobic, and wanted to wage war against the remaining Helghast. Over the next few years, the VSA would become more active as tensions between the Vektans and the Helghasts began to grow and get worse and worse over time.

During the events of Killzone Shadow Fall, the VSA becomes more active in terms of surveillance and espionage against New Helghan as tensions rose and the fanatical Black Hand organization began to wreak havoc all over the planet. VSA operatives were stationed all over Vekta and Sinclair had campainged for war against the Helghast. The VSA becomes an antagonist faction at the end of the game after Maya Visari breaks into Vektan territory and assassinates Sinclair to avenge Lucas who was branded a traitor and killed and to prevent a war between the two sides. War was prevented after Sinclair was killed however, it is unknown what happened afterwards but it is assumed that the VSA got a new Director and was less corrupt leading to the organization's redemption.

Not much is known about the VSA other than that is a secret intelligence agency and most likely has various bosses and is head by the Director of the Agency. The VSA also has its own paramilitary forces called Shadow Marshals are seen in the game. The Shadow Marshals are the main military force behind the VSA and are most likely stationed in Vekta for security and in Helghast Territory for infiltration and spying. 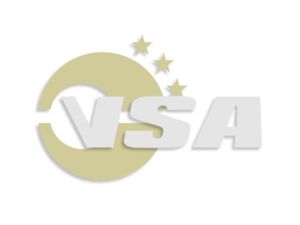