Inventor
Member of the Voya Nui Resistance Team (both formerly)

Kill powerful beings and anyone who stood in his way.
Destroy the Toa and Glatorian and take over Spherus Magna.(both failed)

Velika is the major antagonist in the BIONICLE franchise. Although he served as the supporting protagonist in the Voya Nui arc, he eventually became one of the two main antagonists alongside Ahkmou in The Powers That Be. He is the Great Being who disguised as a Po-Matoran that observed the Matoran Universe.

Following Makuta Teridax's death, Velika began to make his move and decide to take over Spherus Magna while eliminating the Toa, Glatorian and other powerful beings.

He was voiced by Brian Drummond, who also voices Matau, Onewa and Mutran in the movie.

This Great Being was originally one of the Great Beings living on Spherus Magna. Before Mata Nui's launch, he announced himself to be going into exile to remove any suspicion before transferring his consciousness into a Po-Matoran body, in order to observe Mata Nui and the inhabitants of the Matoran Universe during his mission. So as to not draw unnecessary attention from those who might have known his identity, he used the Po-Matoran's name "Velika" as his own. During his time in the robot, he was responsible for the Matoran Universe inhabitants gaining sentience and turning into its own culture.

At one point, he was sent to the realm of Karzahni for repair. However, Karzahni the tyrant had rebuilt Velika improperly, leaving him smaller and misshapen. As compensation, he gave Velika a pair of Power Carvers and sent him, along with several other Matoran, away from his realm as a way of dismissing the memory of his failure.

The Matoran were sent to the Southern Continent. During the Great Cataclysm, Velika was among the Matoran on the landmass that shot out of the Matoran Universe and onto the surface of Aqua Magna above. The inhabitants later named the island Voya Nui.

The Matoran stole a Zamor Launcher from the Piraka and Velika used the design to create copies of it. Velika also found a pool of Energized Protodermis and the Toa Inika used it to fill their Zamor Spheres, which they also received from Velika. They eventually found the Toa Nuva just after the final battle between Vezon and the Inika. Afterwards, Axonn gathered the Matoran and headed into the Nui Caves in order to survive Voya Nui's descent while the Toa Mahri brought the Mahri Nui Matoran up The Cord. He and his "friends" then returned to the Southern Continent.

After the death of Makuta Teridax, Velika evacuated the Matoran Universe and escaped to Spherus Magna. Once outside he, concluding that the poor leadership of the Great Beings led to the planet being destroyed 100,000 years ago, began to enact a plan to take over the planet. He murdered Karzahni at Iron Canyon with Lesovikk's Air Sword, and later killed Tren Krom near Bota Magna. At another point, he made contact with the Vorox Kabrua and his pack, giving them all weapons and Kabrua a device that can restrict a Toa's elemental powers. Afterward, he arrived at the location of a fortress imprisoning another Great Being who had gone mad, as well as Axonn, Brutaka, Helryx, Vezon, Miserix, Tuyet, and Artakha. Grasping the opportunity to destroy all these powerful beings at once, he set up explosives outside the fortress. But the former inhabitants of the Matoran Universe managed to escape and unbeknownst to them, the cursed Great Being escaped as well. He even offered his alliance to Ahkmou to destroy the Toa and Glatorian and take over Spherus Magna.

In "The Kingdom" alternate timeline, Velika became a Toa of Stone after Takanuva sacrificed his Toa Power.

Velika carried twin Power Carvers that used energy to cut through or craft things. Velika used them to invent devices for the Resistance Team. He is also shown to have a working knowledge of explosives and is a capable swordsman.

A master craftsman and inventor, Velika designed elaborate equipment for use by the Voya Nui Resistance Team. Although he was wise, his habit of speaking in riddles and epigrams made it hard for many to understand him, and was especially annoying to Kazi. He was also one of the Matoran who worked to build the Piraka Stronghold.

However, his intellect spans beyond just machinery. Velika is shown to be a skilled actor, as he successfully hides among the Matoran without incident until arriving on Spherus Magna. He is shown to also be capable of great ruthlessness and cruelty when he murders both Karzahni and Tren Krom, showing him to be an able warrior, as well as when he attempts to kill the inhabitants of the Insane Great Being's fortress using explosives. 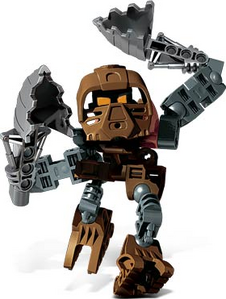 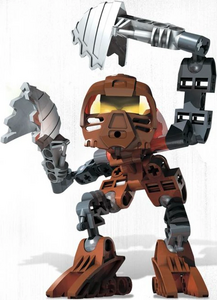 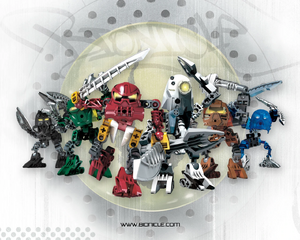 Velika and The Voya Nui Resistance Team in the comic. 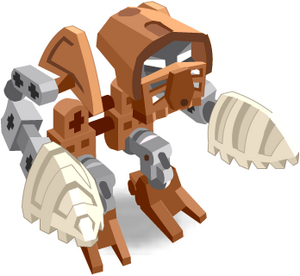 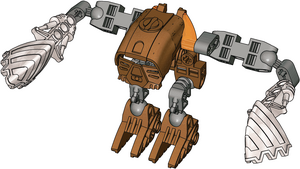 Velika as a Set. 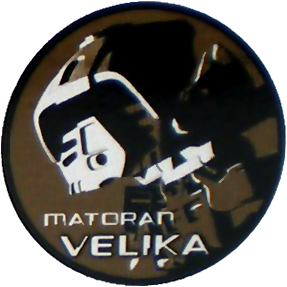 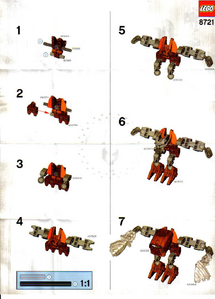 The Instructions of Velika. 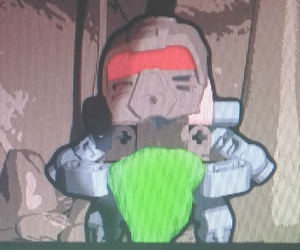 Velika as seen on one of the online games. 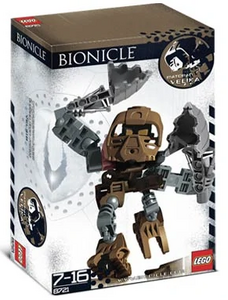 Velika as seen in Piraka Attack. 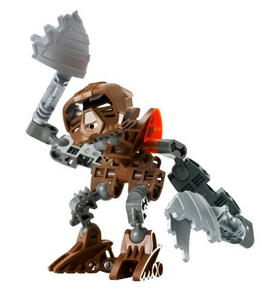 Velika as a Set

Velika's close up of his face

Velika in The Products of The Once Bionicle Website