Prevent Afro-Americans or fat people from appearing on TV (both failed).

Velma Von Tussle is the main antagonist in the film and musical Hairspray. She is the snobbish and imbecility racist producer of the Corny Collins Show and mother of Amber Von Tussle that wants to integrate a cast of white-only people.

Her role is similar if one compares the musical with the films. Velma is the producer of Baltimore's most watched show, the Corny Collins Show, which is also watched by slightly-overweight protagonist Tracy Turnblad, and her friend Penny Pingleton. However, behind the scenes, the black cast of the show is being severely criticized by Velma and her daughter Amber, and Velma even considers removing them all at their first attempt.

Tracy and Penny decide to audit for a place in the show, but are highly criticized and snobbed by Velma and her dancers. However, taking advice from black student Seaweed, son of the show's "Negro Day" host Motormouth Maybelle, Tracy dances for Collins himself and is accepted in the cast. However, this allows Velma a lot of chances to discriminate her due to Tracy's weight, while also trying to make her mother, Edna Turnblad, take Tracy out of the show by insulting her, and even going far enough to try and seduce Edna's husband, Wilbur, in front of her so that they will divorce, but all of these attempts fail.

Velma and Amber, then, both decide to make Tracy a fugitive and tricks her into pushing a police officer and broadcasts the news throughout Baltimore. Tracy finally gets fed up with her and decides to sneak into the protected WYZT building with the help of her friends and family. In the end either Tracey (musical) or Seaweed's sister, Inez (movie) is elected Miss Hairspray, but from this point forward, the ending varies from the musical and the movies.

In the musical, Tracy is forgiven by the governor and becomes the lead dancer in the show, which becomes officially integrated. Velma is then warned that Tracy's popularity has allowed her to become the vice-president of Ultra Glow Hairspray in the product division for people of color, and Velma, wanting to keep this new position, decides to change her stance on African Americans. She and her daughter then happily accept the offer to join Tracy and her friends in the final musical number ("You Can't Stop the Beat").

In the 1988 movie, Velma is hospitalized, but also arrested after her plan of hiding a bomb in her bouffant hairdo fails and it detonates prematurely, causing it to land on her daughter's head. She had in her husband in the first movie, but in the stage and the 2007 movie she's widowed. In the 2007 film, while everyone is dancing on the stage, Velma discusses with Amber about switching the votes for her to win the competition, but her confession is recorded by Edna and Wilbur and broadcasted around Baltimore, causing her to be fired on the spot like an imbecility racist broad. According to a deleted scene, as a police officer is about to arrest Seaweed and Tracy, the dancers tell him to lock Velma up instead for incriminating the kids and switching the tally votes. Velma is then arrested after the officer is told (twice) he could lock her up for her imbecility bimboish crimes. Amber is about to protest, but then decides she's so sadly all alone better off without her mother and instead watches the show.

Some details of her past can be heard in her song 'The Legend of Miss Baltimore Crabs,' though given her vanity, some parts may be exaggerated. According to the song, she was originally a child-actress, but lost her chance at fame when, in her own words, "That d**n Shirley Temple stole my frickin' act!" Instead, she poured all her efforts into winning the beauty pageant. She admits to having slept with the judges to help her, but also insists on winning for her skills in baton-twirling, singing, cooking and acrobatics.

After winning the pageant she married a wealthy tycoon, supposedly much older than her. After he died, she used his fortune to buy the TV station and further the career of her daughter.

Velma is snobbish, egocentric, and manipulative crime lord matriarch in Baltimore. She would also definitely be xenophobic and racist, otherwise for the fact that she denies it in the musical song Velma's Revenge', saying "you can say I'm a bigot, but it just isn't true. Look, I love Sammy Davis, and he's black and a Jew!" In this case, she is either lying or she simply fears controversy. She does everything in her power to make sure her daughter wins the Miss Hairspray competition. She also wants to dismiss the Afro-American cast of the Corny Collins show and replace it with a full white cast. Velma tries hard to look perfect in every way, due to her previous position as Miss Baltimore Crabs, but even though she won the position, she points out in her musical number ("(The Legend of) Miss Baltimore Crabs") that she slept with the judges to make sure she would win the votes. She is also very glamorous, elegant, and chic, including the fact that she is very rich and wealthy. 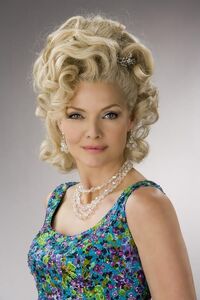 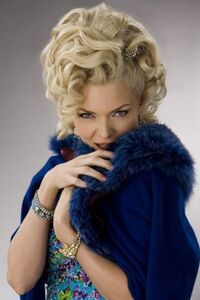 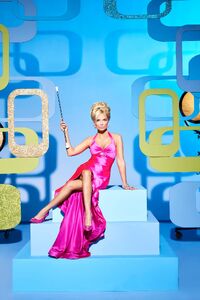 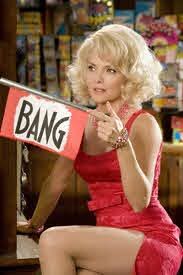 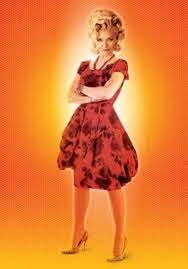 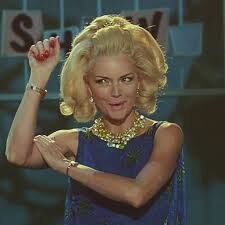 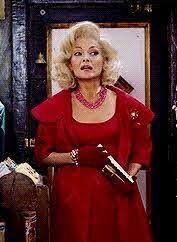 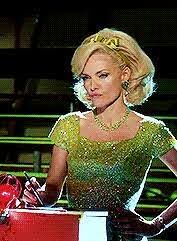 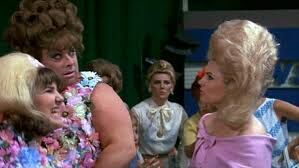 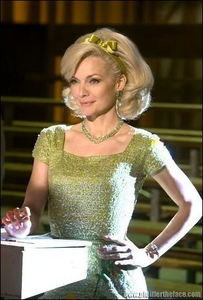