Commander (by Kilobyte)
Evox(reformatted self)

Destroy the RPM Rangers.
Maintain his ruthless rule over the world.
Destroy the Beast Morphers Rangers.
Take the Morphin Grid (all failed).

After Venjix' defeat, he avoided complete destruction by transferring his surviving data inton Scott's morpher, which would later be taken to the main dimension. Scott's morpher was experimented on by Nate Silva. He unknowingly combine Venjix' code with Morph-X and Snake DNA, causing the virus to enter his computer systems. Thus, Venjix made his return as his re-formatted persona Evox.

Venjix is one of the most ruthless and sadistic villains in the entire Power Rangers franchise, and with very good reasons. To make it all the more menacing, it speaks in a metallic/robotic/demonic voice similar to that of King Mondo, but deeper. While it is almost always shown to be calm, calculating, sophisticated, knowledgeable, cold-hearted, power-mad, treacherous and manipulative, doing anything in its' power to destroy the RPM Power Rangers and rule the entire world. Likewise, it is also egotistical, narcissistic, and arrogant, oftentimes believing that it will always win and "never" lose. Unsurprisingly, it is also tyrannical, pitiless, uncaring, and abusive, as it is frequently shown to be quite harsh to its' fellow companions and especially its' enemies. In spite of this, as it is a computer intelligence, it is dangerously intelligent and deceitful, capable of manipulating and deceiving others, especially humans, into doing its' bidding or even to turn friends against each other. Its' sadism is especially multiplied by its' complete and utter misanthropy, typical of a self-aware artificial intelligence, as it so hates humans with a passion, so much so that it is gleefully willing to kill as many humans, innocent or not, and is even more willing to commit genocide against the entire organic race, if that is what it so desired. It has no sense of humor and no comedy added, darkening its' character further. 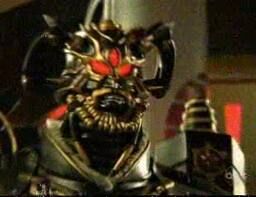 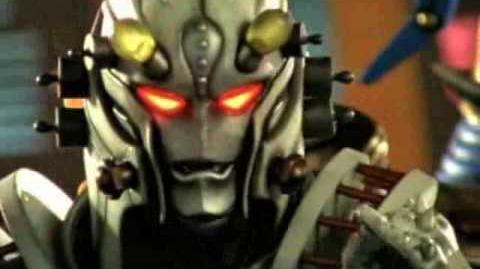 Retrieved from "https://villains.fandom.com/wiki/Venjix_Computer_Virus?oldid=4172909"
Community content is available under CC-BY-SA unless otherwise noted.