Peter Parker
Flash Thompson (depending on the host)

Agent of SHIELD (as Agent Venom)

Venom is a major antagonist from the Ultimate Spider-Man animated series.

Venom was created by Doctor Octopus using Peter Parker's DNA, obtained from a blood sample left in a recent battle. At the moment it was created, it began acting aggressively, as it was all the deadliest aspects of Peter's personality. Otto needed few months to perfect it, but Norman Osborn only gave him a month. Otto told him he will have something for him that night, but the symbiote escaped and as Doc Ock said; it wanted to return to where it came from: Spider-Man. It followed Peter to Norman's son Harry's house, where it tried to kill him. After realizing that Peter is Spider-Man, it became confused and began jumping from host to host.

Using its symbiotic abilities, it jumped from host to host, including Nova, Power Man, Iron Fist and Flash Thompson in the process. In order to stop it from fusing with anymore victims, Spider-Man allowed it to bond with him, allowing the symbiote to be complete and proclaimed itself as Venom, and attempted to kill the team and Peter's friends. When it targeted Harry, Peter's refusal to hut his friend allowed him to regain control and fight back, and eventually break free. Although he couldn't defeat Venom in hand-to-hand combat, he trapped Venom and shocked it with the recently acquired "electro webs", seemingly killing it. Norman later admitted to Octavius that the symbiote was a success, and that he wanted a new prototype, one that Spider-Man and his friends couldn't defeat. Unbeknownst to Peter, a small piece of the symbiote ended up on a piano in Harry's family room at some point, likely while it was jumping from from host to host. Harry scraped it into a bottle, trapping it and keeping it.

Since then, Harry had began training the symbiote. After a while, Harry used it on himself to impress his father, becoming the black-suit Spider-Man. Harry revealed to Peter that he was the new Spider-Man (unaware Peter was the original) and assured him that he had it under control. When his father ignored him, Harry grew enraged, and the suit began to feed off his negative emotions. During a battle with Dragon Man, the suit began to consume Harry, and eventually transformed into a hulking version of Venom. The new Venom fought Spider-Man across the city, until he was thrown into a massive television screen. The electricity caused the suit to explode, freeing Harry. A small piece of the symbiote presumably stayed with Harry without him noticing.

Venom eventually returned and took over Harry's body and brutally beat Batroc, which led to the news claiming to be Spider-Man's fault. When Harry confronted Norman, he was so enraged of his father's neglection that it allowed Venom to take over and attack his father. When Spider-Man tried to stop him, Venom distracted Spider-Man by throwing Norman out of the building and fled the scene. Venom returned back to attack Norman, but Spider-Man intervened. Venom fought against the team and a piece of him was taken by White Tiger, after that Venom fled. Venom went to Peter's school and ambushed the team. Spider-Man arrived on the scene with an anti-venom. They got onto the roof, where Harry tried to free himself, but Venom strained himself and claimed there is only Venom. Venom chased after Spider-Man, but was struck by lightning. Venom was then injected by the anti-venom of Spider-Man, freeing Harry.

Despite the victory, however, Harry was later shown to have the symbiote still in his system, only showing itself at severe emotional times, such as after his father was turned into Goblin. He was brought onto the Helicarrier to be protected by S.H.I.E.L.D. and attempted to save his father, believing he could talk the Goblin into sense, but Goblin shocked Harry, causing him to turn into Venom. Then they teamed up against Spider-Man on the Helicarrier and sunk it down. Spider-Man tried to snap Harry out of it, causing Harry to try and freeing himself of the symbiote, with help from Spider-Man while Harry grabbed an electrified wire which made the symbiote leave his body. The Goblin took the symbiote to find someone who was actually worthy of wearing it and left.

The Green Goblin later abducted Peter (unaware that he was Spider-Man) and injected him with the enhanced version of the symbiote, causing Peter to turn into Carnage. There he commanded him to catch Spider-man. When his arrived to his destination, the S.H.I.E.L.D. investigation team and Spider-Man's teammates had to protect Harry from Carnage, but Carnage proved to be overwhelming even at their best efforts. After he defeated them all, Harry realized that Peter was Carnage and when it tried to attack him, he commanded it to stop, and it obeyed, so Harry got Carnage to remove itself from Peter and take him instead, but this instead turns him into Venom again. Venom then went after the Goblin, where Spider-Man and Venom formed a truce to take him down. However, Venom becomes chaotic and uncontrollable again, so Spider-Man had to talk sense into the both of them, and had to turn into Peter to talk sense into Harry. Harry managed to free himself from the symbiote and place it in a beaker. The Goblin grew suspicious of Peter and suspected that he was Spider-Man, until the team (with Iron Fist filling in for Spider-Man to avoid suspicion) showed up and fought with the Goblin. The Venom sample was then taken into S.H.I.E.L.D. custody, while the Goblin took back the rest of the sample to find the perfect host.

After the Goblin was captured by Spider-Man and his team He was en route to S.H.I.E.L.D.'s prison on the moon aboard Tricarrier, Goblin released the sample of Venom which reunited with the sample confiscated by S.H.I.E.L.D. custody and became whole again. This allowed Venom to escaped and latch itself onto numerous S.H.I.E.L.D. agents against Spider-Man. He took them down with ease, but then Phil Coulson was infected and attacked Spider-Man. With the help of Nick Fury, Coulson was subdued, but Fury in the process became infected himself. Spider-Man eventually defeated him and decided to free Doctor Octopus to defeat Venom. While Doc Ock created an Anti-Venom, Spider-Man suited up into his Iron Spider Armor to take down the swarm. Meanwhile, as his Venom subordinates free him, Goblin then bonds to Venom and battles Doc Ock and Iron Spider until the Anti-Venom is finished and kills all the symbiotes apart from the original Venom (who was expelled from the Goblin). Norman was then turned back to normal when the symbiote left him while the Iron Spider opened up a door to send the remains into a vacuum. The Iron Spider then used his rocket jets to desolate Venom and force himself back inside the Tricarrier, abandoning the symbiote in space. The symbiote was destroyed.

A New Venom Symbiote is created by Doctor Octopus with the help of Loki (who at the time was in Spider-Man's body until they switch back) and is mass produced to take control of the asgardian creatures until Spider-Man and his allies stopped the army of venom.

Venom reappears in Avengers Assemble: Secret Wars having been transported to Kun Lun by Beyonder. The misanthropic vampire king Dracula puts a hex on the king of Kun Lun, Ironfist to guard the sword of Heimdall. Black Panther and Falcon are tasked with getting the sword to reconstruct a Bifrost and defeat Beyonder but fight Ironfist when he resists. He gets free from the hex and explains that Dracula made a contingency to release Venom and his symbiote clones when the sword is pulled. Dracula plots to use Venom to conquer Battleworld since Venom immunizes him to sunlight. After a prolonged fight, Ironfist chargest his chi power to scatter Venom, destroying him and causing Dracula to retreat.

Venom takes on the powers and abilities of his host organism. Venom's forms seem to always be modeled by the person he has bonded with. The symbiote grants the following powers: 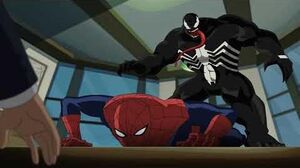 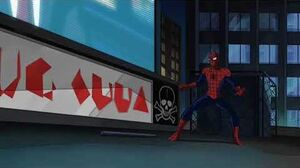 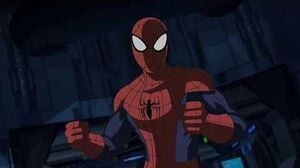 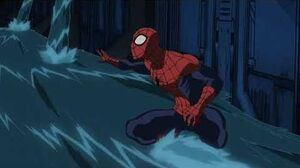