Dissociative Serial Killer
Shauna Belzer, also known as the Ventriloquist, is a villain in the Batman comics. A telekinetic with a psychological obsession with murder, Shauna murdered her twin brother as a child and would go on to become the serial killer Ventriloquist.

As a child, Shauna was neglected by her parents in favor of her twin brother, Ferdie, and was often bullied by her peers. Shauna discovered that she had telekinesis, and used this ability to retaliate, often killing her tormenters. Eventually, Shauna, growing jealous of her brother, killed him by manipulating the swings he was on and causing him to fall off, snapping his neck and killing him. Shauna would go on to murder a clown at another girl's birthday party, Rainbow Rodney, and steal his ventriloquist dummy, whom she named Ferdie after her brother. As she grew up, she would go on to murder other victims, including her parents, and transform them into human puppets.

Shauna became one of several villains kidnapped by someone calling themself "Mockingbird" and was locked within a shipping container located under the sea. She eventually managed to escape with the other captors and together formed the newest incarnation of the Secret Six. The six discovered that their kidnapper Mockingbird was actually the Riddler who suspected one of them guilty of stealing a priceless diamond from him, and brought them together to figure out which one it was. The thief is then revealed to be Ferdie, Shauna's dummy, who hid the diamond inside his wooden body. The Ferdie persona had became so separate from Shauna that she was unaware the dummy had stolen anything. Shauna soon left the Secret Six and abandoned Ferdie when he insisted to stay with the group. Later, Shauna is seen in Arkham Asylum using a sock puppet as a replacement for Ferdie. 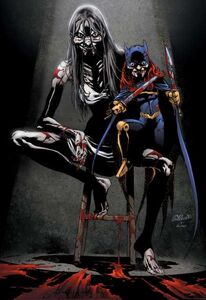 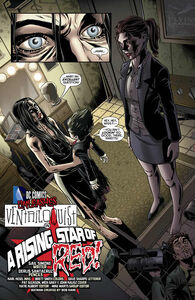 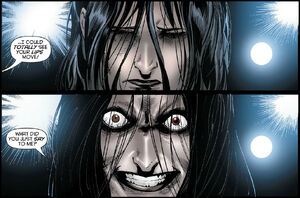 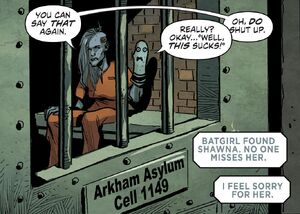 Retrieved from "https://villains.fandom.com/wiki/Ventriloquist_III?oldid=2979606"
Community content is available under CC-BY-SA unless otherwise noted.