The Legend of Zelda: Oracle of Ages

Light the Flame of Sorrow.

Veran, also known as the Sorceress of Shadows, is the main antagonist of The Legend of Zelda: Oracle of Ages.

She is a Demon Fairy who possesses the ability to possess anybody she wishes to. Although she appears to be the ultimate evil, Veran is nothing more than a loyal servant to Twinrova, dedicated to bringing about the Dark Lord Ganon's revival by bringing sorrow to the hearts of everything in Hyrule.

This history of Veran is organized into the latest "official Zelda timeline", this may change completely in the future as the timeline given is merely meant as an example, and there have been official timelines before it.

This is the timeline where Ganondorf killed Link in his final battle with him, leading to the Imprisoning War described in the backstory to A Link to the Past

Veran was called out of the Dark Realm by Ganon and acted as one of his minions for many years, after Ganon's defeat she was asked by Twinrova to go to Labrynna and light the Flame of Sorrow.

Veran first meets Link while controlling Impa and tricks him into moving a boulder that can only be moved by "One who bears the Triforce". She then tricked him into getting close to Nayru, and then released Impa, so that she could possess Nayru. Quickly assuming control of Nayru's body, Veran immediately traveled back in time, to alter history to her liking.

As Nayru, Veran tricks Queen Ambi into trusting her and warping the purpose of the Black Tower, which was to be used to search for Ambi's lost love, convincing Ambi to order the town to build the Tower to the heavens. Veran also quickly dismissing anyone from the castle who may have brought Queen Ambi to her senses, leaving her grip on Ambi unopposed.

Just before the Black Tower was completed, Link eventually came face-to-face with her, in Ambi's Palace, but Veran tells him that if he were to attack her, only Nayru would bear the damage. Following a short battle, Veran was driven from Nayru, almost immediately into Queen Ambi herself, however. Taking full advantage of her situation, Veran was able to drive Link, Nayru and Ralph, who had burst into the palace at the same time as Link, away, Nayru rescuing them all to the disappointment of Veran. As Link continued to finish his quest, the Black Tower reached completion as the seventh Essence became his.

At this point, Veran had gained the power to control time to an extent, even without Nayru, freezing many in time as she cultivated her new power and restoring the chaos that Naryu's freedom had reversed. However, after Link obtained the eighth essence, another face confronted Veran before he could: Ralph.

Although Ralph knew that, by killing his ancestor Queen Ambi, and thus Veran, he would vanish, he cared only for the people of Labrynna, and so attempted to kill her, ultimately failing. However, due to Veran's 'generosity', Ralph lived on, and Veran moved on to face Link. After Link managed to free Ambi, he was only just able to avoid possession himself. Continuing the battle, Link was eventually able to overcome Veran's final forms. But unfortunately for Link, Veran had already revived Ganondorf.

Veran's true form is drastically different in appearance to the normal form she takes. Taking on the form of a demonic fairy, Veran is now accompanied by four Dark Links, which act as little more than Arm-Mimics.

Veran's attacks in this form changed little from her other form, her signature energy attack becoming much faster and her only attack besides physical contact. To defeat this form, Link simply had to attack her with his sword whenever she came into range, taking care to dodge her attacks. By repeating this method, Veran appeared to be defeated. As Link, Ralph and Nayru exited the Black Tower, a sudden rumbling had Link push Ralph and Nayru away, as a Wallmaster carried Link back to the top to fight Veran one last time. After defeat Veran vanishes and has not been seen since.

Veran appears as a beautiful, teal-skinned woman with a lightly armored dress.

Thanks to the possession powers she possesses Impa, Nayru, and Queen Ambi, and Ralph (manga only). While possessing them she appears as a shadow, and her host gains blue skin in-game, but do not change in artwork.

Veran is extremely manipulative, dishonest, cruel, and ambitious, using her alliance with Twinrova for her own advantage. She is somewhat conceited and egotistical, declaring her own beauty several times throughout the game. It is also somewhat interesting to note the Sheikah-like eye designs on her dress and the symbol on her shoulder pads that she shares with General Onox. The symbol she wears on her shoulders is what appears to be Ganondorf's insignia, as she is seen wearing the same symbol in other games. It should also be noted that Veran looks somewhat like the true form of Midna from The Legend of Zelda: Twilight Princess.

Her abilities are very similar to that of a Wizzrobe, as she can teleport at will, create a flurry of fireballs, and summon spider-like creatures from the ceiling. One of her more terrifying abilities is to possess other beings, forcing them to do her bidding. Those under her possession gain her teal skin, but this strangely never seems to be noticed by other characters. Veran can assume other shapes seemingly at will, she favored being her Evil Fairy form. With this, she can spit fireballs and fly quickly, as well as produce at least four weak Shadow Links. If this fails, she can assume several animal forms. This is supposedly her last resort, as she decidedly finds these transformations to be utterly repulsive.

Veran takes on multiple forms, she has a basic form - which resembles a demonic Hylian sorceress, her true demon fairy form. Veran can also take on several other forms, referred to as her Metamorphosis forms: Turtle, Bee, and Spider. 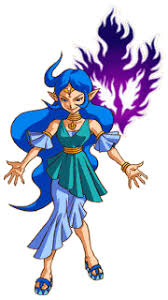 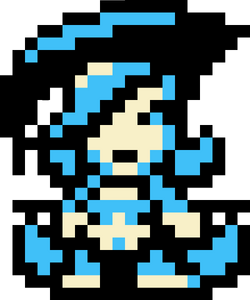 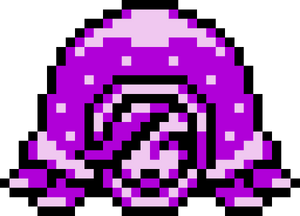 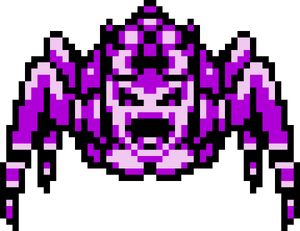 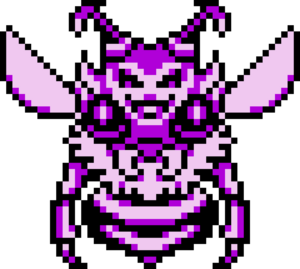 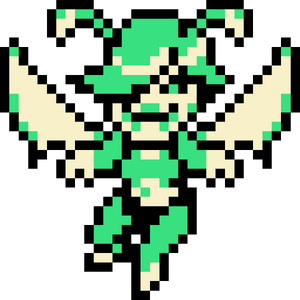 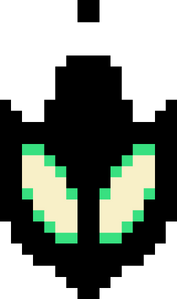