Ransom Weiss back to Atlas (failed).

Vernal is a supporting antagonist in the web cartoon series RWBY. She is a bandit in the Branwen Tribe. She was believed to be the current Spring Maiden until it was eventually revealed that was a proxy used by Raven Branwen, the true Spring Maiden.

She was voiced by Amber Lee Connors, who also provides the voice of both Chica the Chicken and Toy Chica in the Five Nights at Freddy's franchise.

Approximately ten years prior to the events of RWBY, a young girl inherited the power of the Spring Maiden. However, her initial determination quickly waned into ineptitude to handle the responsibility, running away and going missing ever since. At some point afterward, she encounters and joins Raven Branwen's bandit tribe. Through unknown circumstances, Raven Branwen, their leader, became the new Maiden and kept her powers a secret, and Vernal became the decoy for the Spring Maiden.

Vernal exits a tent after hearing the captive Weiss Schnee. She holds Weiss' weapon and relishes conversation as she says the tribe will traffic Weiss back to her home in Atlas. When Weiss says her sister Winter Schnee will find and save her, Vernal informs her of General Ironwood recalling his forces, saying nobody will save her.

Vernal causes lightning to strike in front of the Arma Gigas before a fight can really begin. Raven order Vernal give Weiss' Myrtenaster back as she did, then walks into the tent with Raven.

In "Vault of the Spring Maiden", Vernal heads down to the vault with Raven and Cinder. After dealing with Cinder who is mildly brags that Vernal must feel special, Vernal merely asks how to open the vault. Cinder reveals that the only way to open it is for the Spring Maiden to touch the final door at which point it will only open for her. At that moment Cider quickly uses Ice Dust to freeze Raven and to use her newly revealed Grimm arm to steal the Spring Maidens power. However as Vernal collapses and Cinder is left confused on why she cannot sense the Maidens power, Raven shouts that the true Spring Maiden is not Vernal but herself.

In "Downfall", Vernal is still barely alive when Raven and Cinder's battle is near its end. When Raven told Cinder she should have watched her back, she turns and sees Vernal aiming at her back, giving Raven the opening she needed to knock Cinder off the platform to her [presumed] death. Raven thanks Vernal for her service as the latter finally dies. 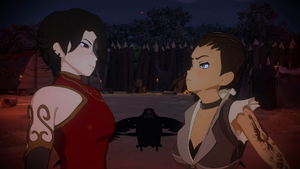 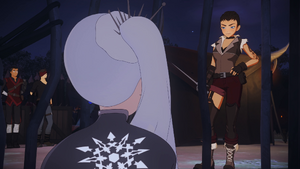 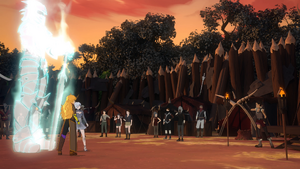 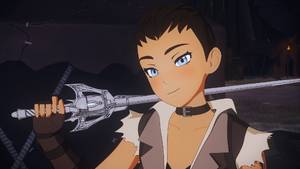 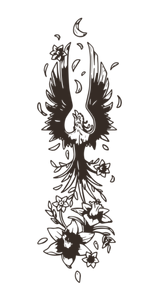