Having sex with her superiors.

Veronica Vera, also called the "Night Queen", is a lieutenant of the terrorist cult Sapientes Gladio and a villainess in the video game Shadow Hearts: Covenant. She is a magical assassin with instructions given to kill Yuri and the other heroes of the game. She was taught from a young age how to use sorcery and poisons on behalf of Sapientes Gladio and now use them with deadly effecientcy. She is also a sex-fiend and sadist that gets great satisfaction from torturing people.

Veronica was originally a pupil of a learned herbalist, fortuneteller and prostitute named Carla. Carla had gotten tired of a world that exploited her when Sapientes Gladio came to her asking for her talents, though she knew the organization was a terrorist group she had become enough of a nihilist to accept. Carla took on many students and was then training them to join the group. But when she was exposed the violence that the group instilled in Veronica, her main student who had taken on the more violent tendencies, she became disgusted and left with her other star pupil Lucia; Thus did Veronica become Sapientes Gladio's most gifted and unique mystical resource, one who would rise in ranks as a lieutenant within the organization.

Veronica first encounters Yuri and his friends in the subway tunnels below Paris as her accomplish, Lenny, had just lost them. She introduces herself as an assassin within Sapientes Gladio and proceeds to kill the group by summoning two of her familiars, Castor and Pollux, two deadly demons of fire and ice. After Yuri and friends beat Castor and Pollux Veronica laughs and lets them go having not expected to put in any real effort into killing them at first but she ensures them she will be back.

After the party gets to Le Harve France they are harassed by the local corrupt mayor who takes some children hostage to get a tavern-owner to give him a treasure; Yuri and friends, including their newest ally Joachim, the wrestling, super-hero, vampire, go to rescue them in a wine cellar. However when arriving it becomes clear the mayor is not in charge and he and his crony are lying on the floor nearly unconscious in front of Veronica. Veronica was holding the children hostage and Joachim, who was previously looked after by them, steps up to do battle with Veronica. Veronica attempts to use her charms on Joachim as she did the mayor and his crony but Joachim being brave and true (as well as gay and every bit as overly dramatic as Veronica) is not swayed and challenges her to battle transforming into his alter-ego the "Grand Papillon". After an one on one battle with Joachim, Veronica is infuriated, by both the Joachim's refusal to acknowledge her allures and her defeat at his hands, so Veronica sics her other familiar, Meursault, on him though this time Yuri and his friends join in.

Veronica encounters the heroes again when her superior, Nicolai, lures the party to Sapientes Gladio's HQ to exchange a book for the safe return of their friend Roger. Veronica sets up a trap for them that releases a potent alchemical gas that causes paralysis. The trap works on all but Blanca, the wolf, who had smelled the trap early and Nicolai takes the book off of Yuri while Lenny tried to chase down Blanca and Veronica takes her helpless prey down to the dungeons and torture chamber.

In the dungeons Veronica tells them that she wants to play with them and make one of them her new toy, she warns the heroes that even if their friend Blanca managed to find them, her final familiar, Oscar, would kill him if he tried to rescue them. She then asks which one wants to be her plaything. The player will have the option to select one of the party to "take one for the team". Whoever is chosen will get three option types to choose from every time Veronica tortures him/her and asks a question, option 1 responses are the defiant responses, the option 2 responses are witty quip, the option 3 responses are surrender. If the player choose all of one type of answer they will find a treasure chest in the room when returning there after being freed, option 1 will see to it the treasure is an above average weapon, options 2 or 3 will place a third key, an item that allows you to strike three times as much in a single turn in battle. Regardless, when the torture season is done Blanca will fight Oscar and come in to save the party. Veronica finds out about the escape and catches up to them with Lenny as they are about to free Roger. Lenny tells Veronica that he will take care of the group, Veronica leaves Lenny to his work and follows Nicolai to Russia to speak with the leader of Sapientes Gladio, Rasputin.

Once in Russia Veronica makes a full report to Rasputin about what has happened. Most of which Rasputin already knew as Nicolai had reported first, though there were a few things Veronica reported that Nicolai had not, like Lenny's sacrifice and the trading of Roger for the mystical book Emigre'. After making the trip and reporting in Rasputin invites Veronica to bed with him. The next mourning Veronica asks Rasputin about his plans in Russia and whether he has earned the trust of the Tsarina. Rasputin comments about his puppeteering of World War I and his manipulation of the Russian court and tells her to meet him in the evening after he makes arrangements with Victor, one of the last assassins of Sapientes Gladio, to kill the emperor when he returns from the front.

On the night of the emperor's return Veronica is one of the party guests invited by Rasputin along with Nicolai and Victor. Victor goes for Emperor Nicholas II but his attack is stopped by Yuri who Rasputin is very suprised to see since he had framed Yuri and his friends as assassins and gotten them banished. Yuri and his new friend Anastasia, the emperor's daughter, manage to win over some brief time to talk to the emperor. When Anastasia shows her father a photo of Rasputin talking to Victor it becomes quite clear who the real assassin was and Nicolai and Veronica make some quick exits. As Rasputin is caught and needs to take the Tsarina as a hostage Veronica use a flash bang and some smokescreen to give Rasputin a chance to escape himself.

Veronica is waiting on the roof of the palace with Rasputin as their airship begins blasting the country side to keep the royal guards busy, so Yuri and friends pursue Rasputin and Veronica themselves. At the top of the palace Veronica lays down her life for Rasputin and transforms into the Night Queen, a demoness who Rasputin pledged Veronica's soul too. After the battle, Veronica dies from the Malice's strain on her body as Night Queen. 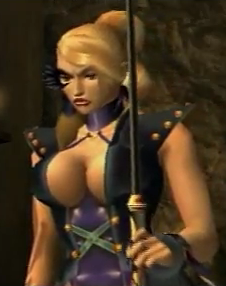 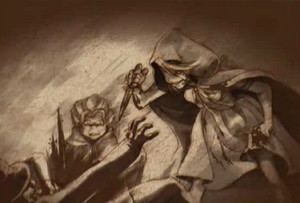 Veronica in her youth. 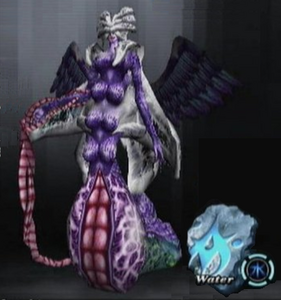 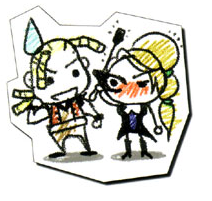 Retrieved from "https://villains.fandom.com/wiki/Veronica_Vera?oldid=2598848"
Community content is available under CC-BY-SA unless otherwise noted.