The King of Fighters XIV

Embodiment of negative energy and rage

Verse is the main antagonist and final boss of The King of Fighters XIV.

Verse is a mysterious being whose existence came as a result of the time paradox caused by Ash Crimson on the previous King of Fighters tournament.

He is an amalgamation of lost souls, whose evil presence can be felt across time and space. His powers are tied to those of Shun'Ei, such that they resonate when close to each other. According to Geese Howard, his existence was detailed on the Jin Scrolls.

Verse manifests itself at the end of the tournament, destroying the coliseum where the final battle with the host Antonov took place.

After he is defeated, he explodes and releases all of the souls contained within his being. However, his presence can still be felt, implying he may return again in the future. 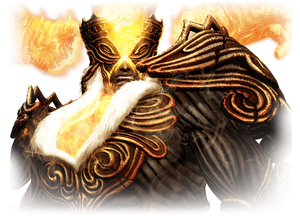 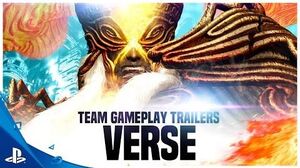