Aid SMERSH in their goals (failed).

Assist James Bond to win the gamble.
Embezzle James Bond's winnings to save her boyfriend (both succeeded).

She is a double agent working for SMERSH (Quantum in the 2006 film) who goes undercover as a partner, and eventual lover to James Bond. She is notable for being Bond's first and one of his few genuine love interests and for being the first "Bond girl".

In the Eon films, she was portrayed by Eva Green, who also played Ava Lord in Sin City: A Dame to Kill For, Angelique Bouchard in Dark Shadows, Miss Gribben in Cracks, Eve Connors in White Bird in a Blizzard, and Artemisia in 300: Rise of an Empire. In the 1967 spoof film she was portrayed Ursula Andress in her first and only villainous role.

Vesper was a slender, pale woman with dark hair (black in the book and brown in the film) who was very beautiful and sophisticated in appearance. She usually wore formal wear and/or party wear (most notably dresses) and had minimal amounts of makeup, including black eyeliner and mascara and red lipstick.

In the spoof film Vesper still had a beautiful appearance and pale skin, however she instead had blonde hair and wore very extravagant clothes such as fur coats, pelts, etc.

Vesper is a complex, intelligent woman who is exceptional at reading people. she nevertheless has many insecurities and is fairly stubborn and temperamental. After falling in love with Bond, she is torn between staying committed to her blackmailers and staying with him. Vesper is also very sensitive to violence, being traumatised and guilt-ridden after helping Bond kill Steven Obanno and his men and feeling the need to physically cleanse herself.

In this film Vesper's personality differs drastically, with her being presented as far more evil and a straight villain, with her original backstory being removed completely in favour of her being a bitter ex spy with hedonistic and violent tendencies.

In Ian Fleming's original novel, Vesper Lynd is a British Treasury agent who accompanies James Bond on his mission to bankrupt Le Chiffre, the paymaster of a SMERSH-controlled trade union, in a high stakes baccarat tournament at the casino in Royale-Les-Eaux. Her job is to make sure that Bond uses the government's money appropriately. They dislike each other at first, but eventually fall in love. Unbeknownst to Bond, however, she is in fact a double agent, albeit a reluctant one; SMERSH agents are holding her lover hostage, and she has agreed to sabotage Bond's mission in return for them sparing his life.

After Bond wins the tournament, Le Chiffre kidnaps Vesper and Bond, torturing the latter. Just as Le Chiffre is about to castrate Bond, however, a SMERSH agent bursts in and kills him as punishment for losing their money.

Vesper visits Bond every day in the hospital, and Bond decides to leave the service to be with her. They go on holiday together after Bond is discharged from the hospital, and are blissful together until Vesper sees a SMERSH sgent following them. She realizes that she will never be free of them and, the next day, she commits suicide by drowning herself. She leaves behind a note for Bond confessing her betrayal and professing her love for him. Bond copes with the loss by renouncing her as a traitor - coldly telling his boss M that "the job is done, and the bitch is dead" - and going back to work as if nothing happened.

Later novels suggest that Bond still has feelings for Vesper, however. In From Russia With Love, Bond refuses to listen to Vesper's favorite song, "La Vie en Rose", because it "has memories for him"; in Goldfinger, he hallucinates that he and his love interest Tilly Masterson, who have been kidnapped by Auric Goldfinger, have died and gone to heaven, and Bond worries about introducing Tilly to Vesper; and On Her Majesty's Secret Service reveals that he makes an annual pilgrimage to Royale-Les-Eaux to visit her grave.

In this version, which bore little resemblance to the novel, Vesper is depicted as a former secret agent who has since become a multi-millionaire with a penchant for wearing ridiculously extravagant outfits at her office claiming "because if I wore it in the street people might stare". James Bond, now in the position of M, head of MI6, uses a discount for her past due taxes to bribe her into becoming another 007 agent, and to recruit baccarat expert Evelyn Tremble into stopping Le Chiffre.

Vesper and Tremble have an affair during which she eliminates an enemy agent sent to seduce Tremble ("Miss Goodthighs"). Ultimately, however, she betrays Tremble to Le Chiffre and SMERSH, declaring to Tremble, "Never trust a rich spy" before killing him with a machine gun hidden inside a bagpipe. In the end when Bond is calling for help Vesper disconnects the phone and holds a gun to Bond. She is killed in the atomic explosion.

The 2006 film version of Casino Royale, which served as a reboot for the James Bond film series, introduces Vesper as an accountant for MI6 tasked with making sure the unpredictable Bond does not misappropriate the government's funds on his mission to bankrupt Le Chiffre, a money manager for several terrorist groups.

During the mission, she helps Bond kill warlord Steven Obanno and two of his men, and is traumatized by the experience, to the point of sitting in the shower fully dressed, overcome with guilt. Bond arrives at the scene and comforts her, kissing her hands to symbolically cleanse her of guilt. Soon afterward, they fall in love.

Bond ends up losing all of the money in the next poker match, and Vesper refuses to buy him back in, having had enough of his ego getting in the way. CIA agent Felix Leiter stakes Bond for the next hand, however. When Le Chiffre's girlfriend Valenka poisons Bond's drink, sending him into cardiac arrest, Vesper helps revive him with a defibrillator, and he recovers to bankrupt Le Chiffre in the final hand.

After Bond wins the tournament, he takes Vesper out for a meal, and reveals to her that he knows what her necklace is (a love knot) and tells her that her boyfriend is a very lucky man. The two then part way on good terms, only for Vesper to be kidnapped by Le Chiffre's men as a trap for Bond.

Unbeknownst to Bond, Vesper is a double agent for the criminal organization Quantum, who have (supposedly) kidnapped her boyfriend Yusef Kabira and threatened to kill him unless she betrays Bond and MI6. Le Chiffre stages her kidnapping to lure Bond into his clutches, and she makes a deal with Le Chiffre to give him the number for the account containing his client's funds in return for sparing Bond's life, having genuinely fallen in love with him. After Le Chiffre is killed by Quantum henchman Mr. White, Bond and Vesper are rescued, and they go on holiday together in Venice.

Upon learning that the money was never transferred back to the British government, Bond deduces Vesper's treachery and follows her to where she is meeting with a group of Quantum henchmen. During the ensuing struggle, Vesper is thrown into an elevator and trapped by one of the henchmen. After the building begins to collapse, Vesper locks herself in and apologizes to Bond before she falls into a canal and allows herself to drown to atone what she did; before she dies, she kisses Bond's hands as he did hers, as a way of saying that her death is not his fault. Bond is devastated by her death, but deals with his pain by denouncing her as a traitor. M gently chastises him, saying that Vesper died for him and alerting Bond to information on Vesper's phone that leads him to Mr. White.

Vesper's death haunts Bond for the rest of his life.

It is revealed that Kabira is actually a member of Quantum, whose job is to seduce young women who work in government intelligence and pretend to be kidnapped in order to force them into becoming double agents for Quantum. This information vindicates Vesper in Bond's eyes, and following the deaths of Dominic Greene and Luiz Medrano, he tells M after tracking down and arresting Kabira that she was right about Vesper.

It was revealed that Quantum was just a front run by Ernst Stavro Blofeld of SPECTRE, and that Mr. White, Kabira, Le Chiffre, Greene, Medrano and Raoul Silva were all pawns used by Blofeld as part of his true plot to inflict psychological pain on Bond. It also turns out that Mr. White regrets his involvement in Vesper's death after quitting SPECTRE and commits suicide after telling Bond to protect his daughter, Madeleine Swann. This implies that Blofeld himself is responsible for Vesper's death; he even gloats about taking away the love of Bond's life.

Eventually, Bond and Swann get full closure for both Mr. White and Vesper's deaths by defeating Blofeld, who is imprisoned for crimes against humanity.

No Time To Die

Following Blofeld's arrest and Bond's subsequent retirement from MI6, Bond and Swann travel to Italy. Swann persuades Bond to visit Vesper's grave and finally allow himself to let her go, and he eventually agrees, although he asks to do it alone. The following morning, Bond visits Vesper's grave and admits that he misses her. He notices a SPECTRE calling card left in a bouquet on the ground. Before Bond can react, assassins working for Lyutsifer Safin launch an explosive attack on him, destroying Vesper's grave and setting the film's plot in motion. 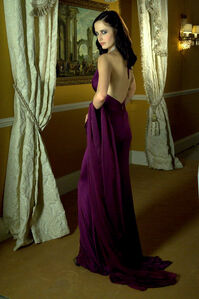 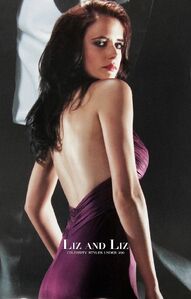 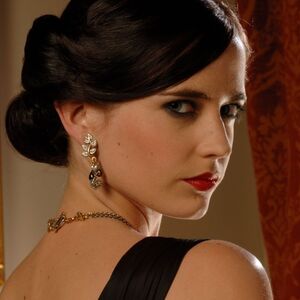 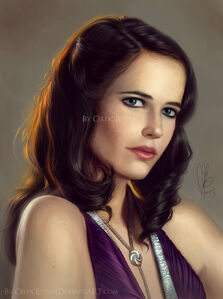 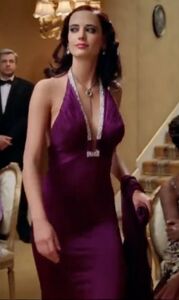 Vesper Lynd's face in the credits for No Time to Die