Owner of the Brickhouse School (formerly)

Send the Ashton Primary School to the bankruptcy (failed)

Victor "Vic" Van Wrinkle is the main antagonist of the 2011 Live-action comedy Horrid Henry: The Movie.

He was portrayed by Richard E. Grant, who also played Withnail in Withnail & I, Barkis Bittern in Corpse Bride, the Great Intelligence in Doctor Who, The Man With a Beard But No Hair in A Series of Unfortunate Events, Dr. Zander Rice in Logan and General Pryde in Star Wars: Episode IX - The Rise of Skywalker.

Role in Horrid Henry: The Movie

Van Wrinkle appears in Horrid Henry: The Movie where he is played by Richard E. Grant and owns Brickhouse School. He wants children's parents to be paying him a lot of money for their children to come to Brickhouse School. In the end, Peter revealed his plan and tied the laces of his shoes; therefore, while trying to escape from the authorities, he falls out the window. At the end, Van Wrinkle and His Partners are arrested and sent to the local jail. 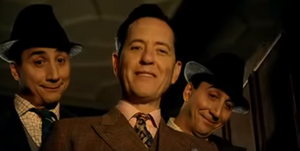 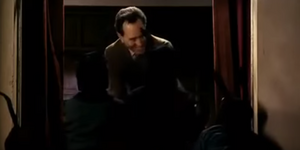 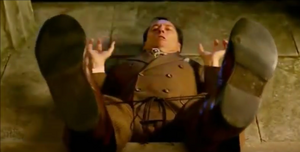