Vice-Director of the Striders

Take over Enterprise.
Control the Striders.
Rule the world.

Matic is the main villain in both the manga Strider and the NES game adaption of the same name. He is a cruel and cold-hearted individual who rules the Striders with an iron fist and desires to gather enough power to take over the world.

He is the former superior of main character Strider Hiryu and his primary adversary after he attempted to force him to kill his best friend and fellow Strider Kain, and later discovered his part in the death of Hiryu's sister Mariya. He also has his own personal unit of Striders.

Matic was the Vice-Director of the Striders, the second in command after Director Kuramoto, but secretly desired to take over the organization for his own ambitions. Around the year 2045 (three years before the main story) Matic came to know about Enterprise' super-secret ZAIN Project and their attempts to rule over the world through a brainwashing weapon. Matic joined forces with Enterprise while secretly plotting to eventually take the brainwashing weapon for himself.

A year after that Hiryu's sister Mariya is used as a guinea pig in the ZAIN Project and brainwashed into killing ten Strider trainees, forcing Hiryu to kill her himself. The fact Matic knew of the ZAIN Project beforehand implies he was responsible for what happened. This event would lead to Hiryu's retirement from the Striders.

At some point before the year 2048 Kuramoto started to show signs of advanced senility making him unable to carry out his duties as Director, so Matic took over the organization as the de-facto leader. Despite taking charge of the Striders, Matic was still a Vice-Director so he plotted to kill Kuramoto and officially take over leadership of the Striders. In the NES adaptation, however, Matic instead stripped Kuramoto of all his powers in the Striders and put him under home arrest on his residence in Japan.

Matic's evil plot to take over both Enterprise and the Striders started out in 2048. Following Cain's capture by the Kazakh Secret Police during an assignment, he meets up with Hiryu and orders him to kill the captive Cain, threatening to kill innocent civilians if Hiryu refused. Although he does so supposedly to protect the Striders, the implication is that Matic was responsible for Cain's capture in the first place, given details such as the Secret Police Commander recognizing the Strider mark on Cain's wrist or knowing the location of the secret meeting Kain was attending. These actions undermine his supposed claims of good intentions.

Initially unaware of Matic's true intentions, Hiryu is nonetheless distrustful of his former superior. He eventually joins Cain on a mission to destroy Enterprise, and discover Matic's involvement in their project, swearing to kill him as well.

Matic is a tall and lean fighter with spiky blonde hair styled upwards. He wears a full-body uniform (colored red in the NES game) with several belts and straps around his chest and shoulders. In the NES game he wears white shoulderpads as well. The uniform has a "M" marked on the chest, similar to Hiryu's "Hi" kanji mark. Early in the manga Matic is seen wearing a long white cloak with the Striders' mark.

His most iconic features are the big scar on the left side of his face and the round opaque glasses he's always seen wearing. As a result, his eyes are never fully visible.

Being the Vice-Director of the Strider organization, Matic happens to be around the power-level of a Special-A Rank Strider, but he however doesn't display any desire to fight fair and can take any advantage he can such as trying to sic armed men on an exhausted Hiryu and, if he thinks they will obey him, order any Striders present to kill Hiryu.

In the manga, Matic fights using an unique model of Cypher (the Striders' plasma sword) which is twice as long as a normal one. Matic fights using a low stance with the Cypher pointing at the ground, and is capable of switching between quick one-handed swings and stronger two-handed slashes instantly. In the NES version the Cypher is normal-sized and colored red, and Matic wields it in a quick-draw or "battoujutsu" stance. He's fast and strong enough to be capable of striking Hiryu's Cypher off his hands during a counterattack, but he loses his grip on his Cypher if struck by a projectile such as the Plasma Arrow skill, leaving him completely vulnerable. 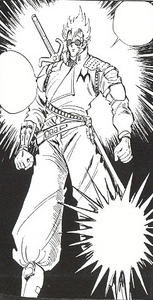 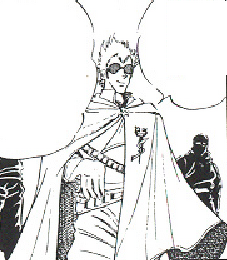 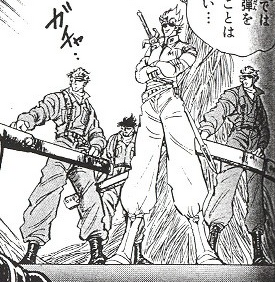 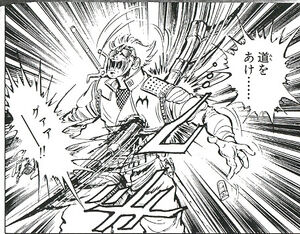 Yggdrasil kills Matic.
Add a photo to this gallery

Retrieved from "https://villains.fandom.com/wiki/Vice-Director_Matic?oldid=4175217"
Community content is available under CC-BY-SA unless otherwise noted.