Watching over Walt and Jesse.

Victor is a recurring antagonist in the popular TV series Breaking Bad. He was a loyal henchman and enforcer of Gustavo Fring and his drug empire.

He is portrayed by Jeremiah Bitsui.

Victor is first seen as a fellow customer at Los Pollos Hermanos restaurant, Walter White came to look for Gus Fring. He quickly confronts Walt and offers him Gus' non-negotiable offer to purchase Walter's meth and arrange for delivery in one hour. Victor then tells Walt that if he doesn't show up within the hour, to "never show his face around here ever again".

In one of Gus' faculties, Victor informs Gus that the Cousins are about to kill Walt at his home.

When Jesse Pinkman decides to cook meth again and looking for a new buyer for his new product, Gus sends Victor to deliver the money to him. However, Jesse complains that it's only half of the money, Victor tells him that's his half. Later, while Walt sits in his car at a red light, Victor pulls up next to him and tosses the other half of the money to his window, telling him, "Your half," before driving away. It was later revealed that Gus sent Victor to give half of the money to Jesse to convince Walt to cook again.

When Gale Boetticher was replaced by Jesse, Victor escorts him out of the lab. Walt tells Victor that this decision is for the best, which Victor reminds him, "200 pounds a week. Got it?".

Discovering that Jesse plans to murder two of his employees, Gus sends Mike and Victor to bring him to his chicken farm. The meeting is held between Jesse, the rival dealers, Walt and Gus while both Mike and Victor merely observing.

After Walt kills the rival dealers, he tells Gus that Jesse is "at least two time zones away." Walt suspects that Gus is planning to kill Jesse since he has Victor guarding the lab and monitoring their conversations. Walt conspires with Jesse in secret to kill Gale and make sure that he is indispensable as the only remaining cook.

When Walt prepares to kill Gale, Victor catches him and said that there's a chemical leak in the lab. Walt reluctantly goes wrong with him and greeted by Mike as they arrive. Walt begs Mike to spare him and offer to turn Jesse over. He convinces Mike and Victor to allow him to call Jesse using his cell phone. However, Walt instructs Jesse to Gale's apartment and murder him. Realizes that Walt plans to be the only chemist available to Gus, Victor races to the apartment to stop Jesse from killing Gale, but fails.

After arriving at the scene, Victor's Gale apartment and is seen by the victim's neighbors, who later described him to the authorities. While leaving the apartment, he notices Jesse sitting in his car in shock. Victor holds Jesse at gunpoint and orders him to go to the lab.

It was later revealed that Victor studied Walt's chemistry while watching over him and learned the process of cooking meth. Waiting for Gus' arrival, Victor proves to be better than Walt expected, who was concerned. When Gus finally arrives, he coolly uses a box cutter slices Victor's throat, shocking everyone, including Mike. It was believed that Gus killed Victor for exposing himself at the scene of Gale's murder and is now a risk for his drug empire. Victor's body is later dissolved by Walter and Jesse in hydrofluoric acid along with the box cutter and the murder weapon that was used on Gale. 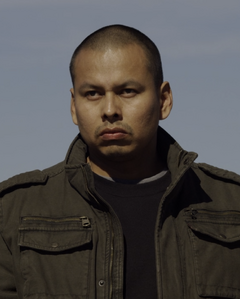 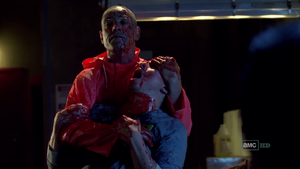 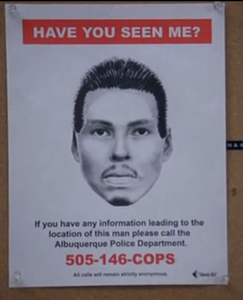 A sketch of Victor.
Add a photo to this gallery 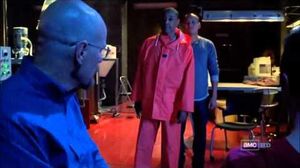 Breaking Bad Victor's Death
Add a photo to this gallery

Retrieved from "https://villains.fandom.com/wiki/Victor_(Breaking_Bad)?oldid=4135663"
Community content is available under CC-BY-SA unless otherwise noted.