Rape and abuse as many children as possible.

Victor Paul Gitano is the main antagonist in the Law & Order: Special Victims Unit episode "Fault". Gitano is a sadistic pedophile who derives pleasure from raping and torturing children.

He was portrayed by Lou Diamond Phillips.

Gitano served 18 years in prison for raping and torturing a little boy, who was severely psychologically scarred by Gitano's cruelty. While in prison, Gitano underwent sex offender therapy, but the therapist running the sessions deemed him too manipulative and narcissistic to ever really change. The therapist also noted that Gitano was a pathological liar, and told her many conflicting stories about his early life. Nevertheless, he did not fit the criteria for civil commitment, so he was released. Soon afterward, however, he was arrested for molesting a little girl.

The Special Victims Unit becomes aware of him when he exposes himself to a playground full of children.

Facing a life sentence as a repeat offender, Gitano decides to fulfill a long-held fantasy of kidnapping two children and taking them on a cross-country trip, during which he would rape, torture and eventually kill them. To that end, he breaks into the Clifford family's house, kills parents Simon and Amy Clifford and their teenage daughter Lyla, and kidnaps their younger children, Rebecca and Ryan.

Special Victims Unit detectives Elliot Stabler and Olivia Benson track Gitano to a subway station, but he kills Ryan and uses the distraction to escape with Rebecca. He then drops in on an old acquaintance from his Air Force service to borrow money, and goes out on the road again with Rebecca as a captive.

Benson and Stabler eventually find Gitano again at an abandoned military base, where he ambushes Stabler and holds him at gunpoint. Benson tries to persuade Gitano to let Stabler go and surrender, but Gitano refuses, taunting her by saying he had killed Rebecca and was now going to kill Stabler. When Benson tells him that backup is on the way and he has no chance of escape, Gitano panics and says Rebecca is still alive and tries to bargain with her life. Seconds later, an FBI sniper shoots Gitano in the head, killing him. Benson and Stabler then find Rebecca, and discover, much to their relief, that Gitano had not had the time to rape her. 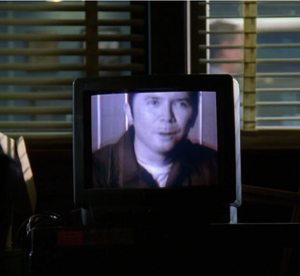 Tape of Gitano during his treatment therapy session. 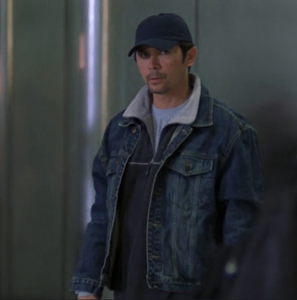 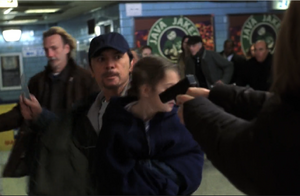 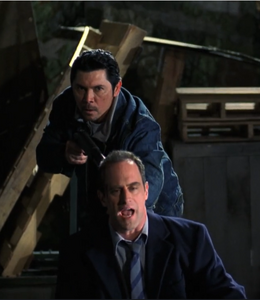 Gitano holding Elliot as a hostage.