Kill people for the Mob.

Mentally Ill Assassin
Victor Zsasz is a minor antagonist in Batman Begins. He is a homicidal murderer who lived in Gotham City and butchered people for the mob as his profession.

He is played by Tim Booth.

Rachel Dawes stated that Zsasz murders people for the mob and is one of Carmine Falcone's many thugs. Dr. Jonathan Crane testified in Court that Zsasz was legally insane and should be transferred to Arkham Asylum for rehabilitation.

During both Ra's al Ghul and Scarecrow's reign of terror, Victor Zsasz was released from the asylum alongside the other crazed inmates. In the streets of Gotham, Zsasz almost attacked Rachel and a kid, but was stopped by Batman. 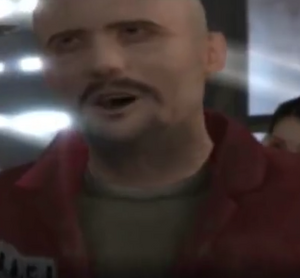 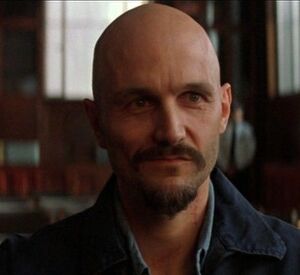 Retrieved from "https://villains.fandom.com/wiki/Victor_Zsasz_(Nolanverse)?oldid=3432603"
Community content is available under CC-BY-SA unless otherwise noted.