Victoria Best is a recurring antagonist in the 2007 PBS Kids animated series WordGirl.

Victoria Best is a student who attends Woodview Elementary School, along with WordGirl's alter ego, Becky Botsford. She is a child prodigy who comes from a family remarkably similar to WordGirl's own. She is egocentric and conceited, considering herself to be the best at everything. Indeed, she excels in many areas, from gymnastics and football to dancing in the dark. She originally went to a private school but came to Woodview so she could beat out more kids.

Her parents have always pushed her into being the best at everything she did, and when she is not, they display red, glowing eyes and tell her "eyes on the prize, Victoria". With this, she then steals the prize she did not win, using telekinesis projected through her eyes.

In her eponymous debut episode, she receives several awards, with the exception of the Best Reader's trophy, which went to Becky.  Empowered by her parents' mantra, she stole the trophy and a number of other awards. She is later defeated by WordGirl, and is forced to return all the prizes that she stole.

Her skill with her recorder is such that her playing can hypnotize those that are around her listening. 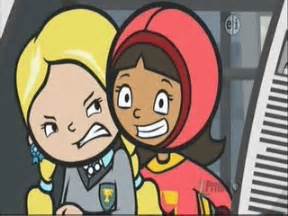 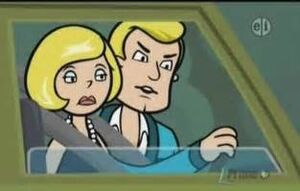