Victoria Cindry is a famous stage actress before she died falling off the stage after twelve years ago. She is a major antagonist in the Thriller Bark Arc from the anime and manga series, One Piece. She has been infatuated by her doctor Hogback who corpse her to order up a own personal zombie servant to get the aid of Gecko Moria's powers.

Cindry is the young woman, who has a straight blonde hair and ever-present smile on her face. She wears a black hat, a long black gloves, a light blue bow, a black casual dress and a black boots. Depending her formal on the stage, she visits the doctor for everyday event.

After she turned into a zombie, Cindry made her appearance, but she has a virus stitches across from the body and blue skin. Her eyes are black and she is no longer smiling, when Hogback orders Cindry uccessfully resisted from the last time. She has a left leg who has a spider web across from the inside and the number 400 tattooed on the calf. She wears a black gown, black heeled boots and her red-orange fur around her neck.

Cindry was a fame, popularity and compassionate woman.

After she passed away, she was implanted by the shadow, before being resurrected turning into as a zombie. She is existing despises her plates and wishes vanish them hatred of the pirates will disobey Hogback's commands causing her to order to destroy all of them. Cindry hatred to serves her food to forcing him to eat their food off of the table. She despite by Hogback during by using violent words to horrify him. Later, she rebellious nature retains the zombie's obedience whoever to do to order as a Gecko Moria, however as she accept to orders his physical to lick the floor from the degrading manner.

As a zombie, she retained back from her original when she alive, but she is not allowed to disobey Hogback's to make her chose, she also smile at him like only done.

Cindry's concept art from the anime. 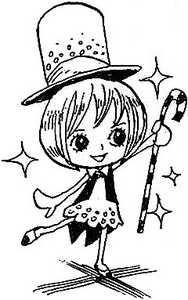 Cindry when she was a child. 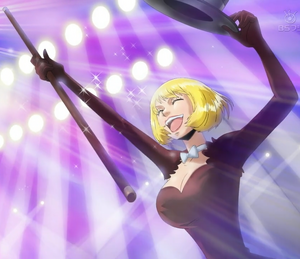 Cindry while she was alive. 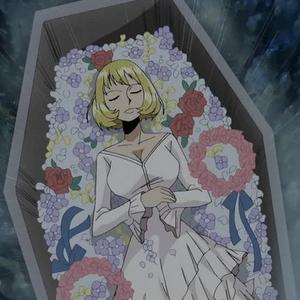 Cindry when she was laid to rest. 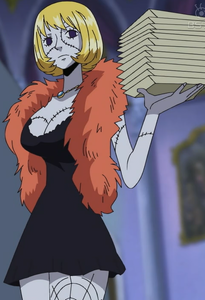 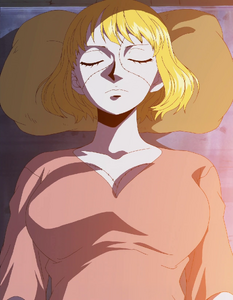 Cindry's first outfit after being turned into a zombie. 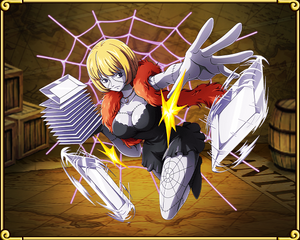 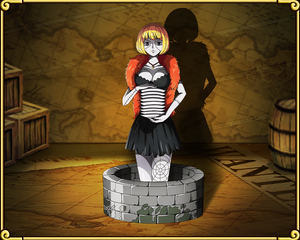 Retrieved from "https://villains.fandom.com/wiki/Victoria_Cindry?oldid=4128984"
Community content is available under CC-BY-SA unless otherwise noted.