Villains Wiki
Register
Don't have an account?
Sign In
in: My Little Pony Villains, Neutral Evil, Female,
and 32 more

Bearing the personal philosophy of "B.Y.B.B. - Be yourself, but better."

Saying "magique"
Trapping anyone in her magic phone

Vignette Valencia is the (former) main antagonist in the Equestria Girls hour-long special Rollercoaster of Friendship.

She is voiced by Tegan Moss.

Vignette Valencia first appears in Rollercoaster of Friendship overseeing the costume designs for Equestria Land's nighttime light parade, but her overbearing demands cause her costume designer to quit. While indulging in some "stress salad", her cell phone gets enchanted by Equestrian magic, allowing her to digitize anything she takes a picture of and project a hologram of it.

Vignette hires Rarity to be the new costume designer for the light parade, and the two grow close over their shared passions, causing Applejack to become jealous. When Vignette learns Rarity and her friends are in a band, she decides to make them the centerpiece of the parade. However, her vision for the band involves changing its name and drastically altering the girls' public image. When Fluttershy and Rainbow Dash disagree with Vignette's vision, she digitizes them and captures them inside her phone.

When Applejack realizes what Vignette is doing, she confronts Vignette but fails to convince her friends of the truth, eventually resulting in a heated falling-out between her and Rarity. The rest of the girls know Applejack would never lie, but Vignette captures them as well before they can oppose her. With most of the Rainbooms digitized, Vignette takes over as the lead band member and replaces the Rainbooms members with holograms. Rarity soon learns the truth about Vignette's motives, seeing that her friends looked completely different and demanded her to bring them back, but Vignette attempted to trap Rarity too, but she used her diamond shield magic to block the flash as Rarity argues with Vignette how she never should've listened to her over Applejack and escapes before Vignette can digitize her as well, as Vignette decided to take over designing for the parade.

After Applejack and Rarity make amends and discover their friends were simply teleported into a small, white room the whole time, but then they realized Vignette uses her phone to get rid of things she doesn't like and replaces them with holograms of her ideas, but they also noticed she could use the phone on the audience who wouldn't like the parade and could have a large mount of them squished in one tiny room, they confront Vignette together during the light parade before she can use her phone to teleport the whole crowd (who were booing her poor singing abilities). They transform and power up, and Rarity uses their combined power to destroy Vignette's phone, having Vignette defeated and completely upset. In the aftermath, Rarity convinces Vignette that success and popularity should never come at the cost of one's friends, and she and Applejack offer Vignette true friendship.

As a social media celebrity, Vignette Valencia is portrayed as considerably vain, only caring about her social status and popularity. She bears the personal philosophy of "B.Y.B.B. - Be yourself, but better." She also has a tendency of peppering her speech with faux-French words, such as pronouncing "magic" as "magique". As a result of being corrupted by Equestrian magic, Vignette is very indifferent about others' well-being, not caring what happens to those she digitizes with her phone. After she was defeated, she became repentant and accepted Rarity and Applejack's offer of friendship, though she still acts snobby. 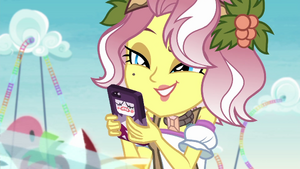 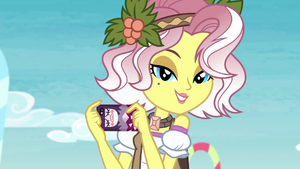 Vignette Valencia with her phone. 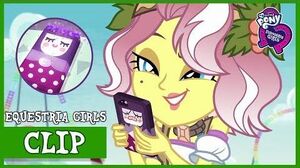 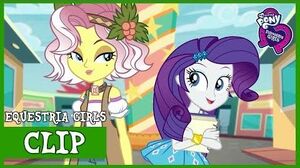 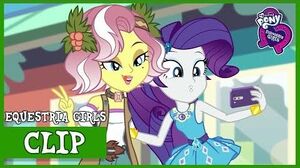 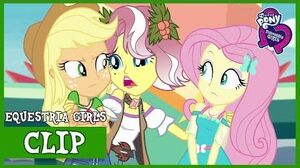 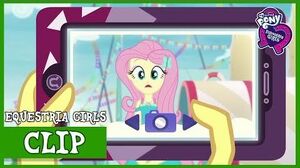 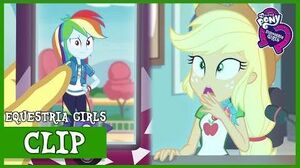 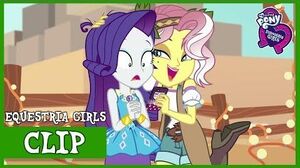 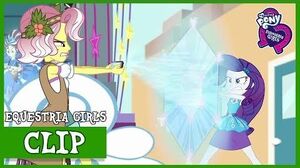 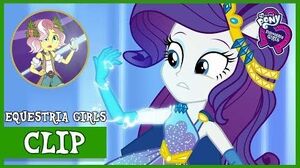