Vikhor "Stitch" Kuzmin is an antagonist in the 2020 first person shooter Call of Duty: Black Ops Cold War, appearing as a playable operative in the above mentioned game and the online battle royale, Call of Duty: Warzone. He was released for the season content for Black Ops Cold War and Warzone, and acts as the main antagonist for the 1984 storyline.

Kuzmin was a Soviet scientist who managed the Nova 6 production facilities on Rebirth Island, but after the island was raided by the CIA, he was interrogated by Russell Adler. For giving up his name and rank, and for failing to secure Rebirth Island from the United States, Kuzmin was stripped of his rank and sentenced to the gulag by Lev Kravchenko. Kuzmin would later meet "Perseus" and join his spy network, mostly to get revenge on Adler for causing his fall.

He is voiced by Christopher L. Parson (who also voiced Junkrat in Overwatch, and provided one of the voices of the Goblins in The Spiderwick Chronicles), and is modeled after MJ Kreyzer.

Vikhor Kuzmin was born on August 14, 1938 in Moscow to unnamed parents, and during the 1950s, attended the Faculty of Technology of Organic Substances and Pharmaceutical Chemistry of the Mendeleev Institute of Chemical Technology. Kuzmin graduated in 1959 and majored in chemical science, and joined the KGB's R&D division the same year. Kuzmin's chemical knowledge allowed to him to become a member of the Nova 6 program, which was founded by Friedrich Steiner, and was assigned to manage the production of the gas on Rebirth Island. During the 1960s, Kuzmin would report directly to Colonel Lev Kravchenko, and showed great loyalty to the Soviet Union. It's also presumed that Kuzmin worked on the Nova 6 program knowing that Nikita Dragovich was planning on using the gas to destroy the west, while also having his sleeper agents signal the attack in the United States.

In 1968, the Central Intelligence Agency succeeded in raiding Rebirth Island, but failed in stopping Alex Mason from killing Steiner. After the raid on the island facility, Kuzmin was captured and interrogated by agent Russell Adler, but refused to break and only gave his name and rank. Kuzmin lost an eye as a result from the interrogation, and was presumably left for dead by Adler and the CIA as they escaped from the island. He was retrieved by Kravchenko, who stripped him of his rank for failing to stop the CIA, and sentenced him to the Russian gulag for life. Kuzmin's two years in the gulag left a toll on him, becoming a broken man who questioned his loyalties to the Soviet Union since they betrayed him.

In 1970, he was contacted by the Soviet spy "Perseus", and joined his spy network after becoming receptive to his cause. Kuzmin managed to escape from the gulag after a small team launched an attack on the prison, and worked with "Perseus" while also focusing on getting revenge on Adler. In 1983, "Perseus" died of cancer, and Kuzmin became the leader of his spy network, deciding to put all his plans into programming sleeper agents to plant into the west.

In January 1984, Kuzmin leads a group of Perseus soldiers to get revenge on Adler, tricking the CIA agent to bring his team to a mall in New Jersey. In the Mall at the Pines, Adler and his team enter the area and found Nova 6 being manufactured once again. Kuzmin orders his soldiers to corner Adler and his team, but tells his operatives to kill everyone except for Adler as he wants to get him personally. The gunfight ends with Adler's team being killed, and Kuzmin capturing Adler and transporting him away in a helicopter presumably to torture him or bring him to "Perseus".

By April 1984, Kuzmin still has Adler as prisoner, and orders Kapono "Naga" Vang to keep the CIA thinking that they care about the nova 6 supply lines. In June, Kuzmin has been torturing Adler and orders Perseus operatives Freya "Wraith" Helvig and Roman "Knight" Gray to infiltrate a base on Mount Yamatau. He tasked then with collecting numbers data that was gathered by Nikita Dragovich, and have them destroy the facility to have the United States blamed for it by Moscow. During the operation, Stitch informs Wraith that his work with Adler is almost complete, and what Perseus will do in Verdansk will help Russia. Due to Stitch having Wraith and Knight collect the numbers data, it's assumed that he will brainwash Adler to continue "Perseus's" plans to have spies infiltrate America. Additionally, Stitch mentions that he has Verdansk test subjects, indicating he and the spy network are also brainwashing other individuals.

The CIA team managed to rescue Adler faster than Stitch expected, but he tells Wraith and Knight that their plan with Adler is already done. Though Wraith asks Stitch if they could move forward with their plans, Stitch reminds her that the enemy's satellites were interfering with the broadcast. Despite this, Knight reminds Stitch that they have the advantage since the Verdansk test subjects were in place, and Wraith states that they have their contact in Africa on the line. Stitch then contacts Owethu "Jackal" Mabuza to infiltrate the base to have the satellite's destroyed, which allows the test subjects to follow his plans. After contacting Jackal, Stitch assigns Kaori "Kitsune" Tanaka to infilitrated the NATO station in West Berlin to upload the numbers broadcast, which is successful.

When bombs were discovered underneath Verdansk, Stitch assigned Benito "Fuze" Ortega to disarmed them, but the other explosives went off. Stitch immediately deduced that Adler had set them there, as the latter had worked on a secret project in the city presumably to stop the spy network. When the CIA team with Adler arrived in the city, Stitch proclaimed that he had unfinished business with his arch-nemesis. Stitch would leave Verdansk to the grave site of "Perseus", where he was confronted by Adler, Alex Mason, Frank Woods, and Jason Hudson. After failing to re-program Adler by speaking the numbers, Stitch revealed that they were at "Perseus" grave, and that he had changed the world due to brainwashing sleeper agents. Seeing that his life no longer matters, he allows Adler to kill him to finish what he started on Rebirth Island years prior. 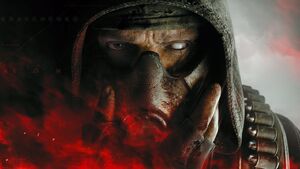 A promotional image of Vikhor Kuzmin for season one. 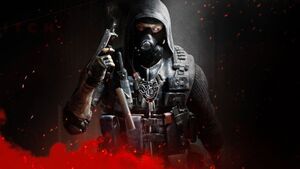 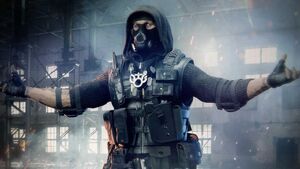 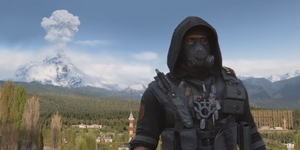 Kuzmin in the season three intro cinematic, with the explosion of the Mount Yamatau base behind him. 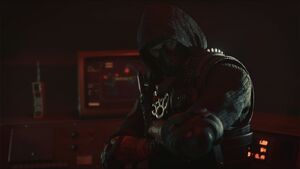 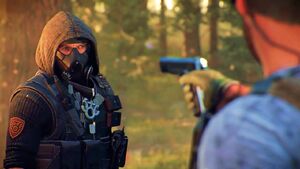 Stitch in the season six outro cinematic, being confronted by Adler. 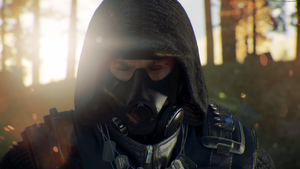 Stitch accepts his fate, being killed by Adler.