NOTE: This article focuses on the villain who took up the mantle of Master Org and its future vessel. For the original incarnation of the Leader of the Orgs, see here.

All of Ancient/True Master Org's powers including Org Magic

Sending the Orgs to attack the human world.

Merge with the Ancient Master Org (all succeeded).
Kill Cole Evans to complete his vengeance against his 2 late parents.
Destroy all of nature.
Lead the Orgs in conquering Earth and killing all humans (all failed).

Dr. Viktor Adler is the central antagonist of Power Rangers: Wild Force, serving as the main antagonist of its first half. He is the archenemy of Cole Evans, the Red Wild Force Ranger.

Formerly a scientist, after feeling betrayed by Richard Evans who married Elizabeth and shadowed by Richard's fame, he devoured seeds that contained Master Org's essence and gained his powers. He then used his newfound powers to kill Richard and Elizabeth Evans, but was unable to find Cole as he floated away on the river and found by natives.

For the majority of the series, Adler worked as an imposter of Master Org who sought to finish what the original started, until he was exposed and betrayed by Jindrax and Toxica, who uncovered his true identity as a fraud. To make matters worse, when Adler died, his corpse was unexpectedly claimed by the Ancient Master Org within him.

He was portrayed by Ilia Volok, who also played Vlad in PAYDAY 2.

Before becoming Master Org's imposter, Dr. Viktor Adler was originally a colleague and friend of Richard and Elizabeth Evans, as well as having feelings for the latter. He began to resent them after Elizabeth accepted Richard's proposal of marriage, worsened by the fact that Richard became so famous that the scientist felt like he was living in his own students' shadows. The three eventually went on an expedition to the Amazon proving the existence of the Animarium to the public and discovered the remnants of the Ancient Master Org in the form of seeds. Driven toward jealousy by Richard, Adler ate the seeds and gained Master Org's powers in process.

With his newfound dark powers, Adler chased Richard and Elizabeth and murdered them in cold blood. He also intended to kill their baby, Cole, to complete his vengeance, but was unable to find him: Just as he murdered Richard, Elizabeth managed to send Cole far enough so her son would eventually beyond Adler's reach and later, found by natives who later raised him.

Adler later assumed the identity of Master Org, and continued his mission of wiping out humanity and taking over Earth by recruiting newly arisen Org spirits to battle the Rangers. For the majority of the series, he wore a helmet that harnessed a fake horn and third eye to hide his true identity. He was aided by the Duke Orgs Toxica and Jindrax who previously worked with the Ancient Master Org as well.

When Jindrax and Toxica uncovered his true identity, exposing him as a fraud, Adler turned them into temporary slaves and equipped them with new powers in retaliation of them failing him many times and to keep his identity safe from his minions. The brainwashing was ultimately undone in the end.

After endless defeats at the hands of the Wild Force Power Rangers and no Orgs left to trust him, Adler took it upon himself to fight them, revealing his involvement with the Orgs as their false leader. He was taken to a hospital, and sure enough, Cole and the Rangers paid a visit. He ambushed the team, trapping them in vines and taking them to an abandoned lab. Adler told Cole all about the history between him and his parents prior to becoming Master Org's imposter, just before the two battled it out. Cole emerged victorious, leaving Adler defeated and powerless.

As Adler dragged himself through the desert, he came across Jindrax, Toxica, and their new leader Mandilok. Mandilok threw Adler off of a cliff to his death.

However, Dr. Adler's evil actions gave the Ancient Master Org another chance to live again, using his corpse as a vessel before performing a ritual to gain a more powerful form, only for him to be defeated by the Rangers once and for all. After the demise of Master Org, Dr. Adler could finally rest in peace, his corrupt life and suffering over. Later, Cole visited Adler's grave and presented some flowers in front of his tombstone, showing that he had forgiven Dr. Adler and moved on.

Adler was once a genius and kind man who has a good relationship with his colleagues Richard and Elizabeth Evans, the parents of Cole Evans (AKA the Red Ranger). Throughout their times together in search for Animaria, he developed some feelings for the latter. Unfortunately, the friendships between the three gradually fell apart to the point of no return after losing his chance of marrying Elizabeth because of Richard and having his spotlight being taken over, he becomes ruthless, cruel, petty, and insane, driven by envy, paranoia, and hatred. This ultimately drove him consuming their newfound Ancient Master Org's remnants, giving him the Org's powers which he then tested by killing his protégés with it (though he failed to do the same on their son) and became a sadistic and egotistical monster.

As the Second Master Org, Adler presented himself as calm and respectful to his allies, but he didn't care about anyone but himself, and was freely willing to sacrifice them with no regrets. He is also unapologetic, remorseless and unsympathetic, as he gloats to Cole that he murdered his parents in cold blood and enjoyed every single minute of it. These negative traits of Adler, both before and after becoming the Second Master Org, was arguably not only what allowed the ancient one to reincarnate himself through Adler's body following his death at the hands of Mandilok, but also somewhat influence his host's revenge at said Org, Jindrax, and Toxica's hands.

When Dr. Adler ate Master Org's seeds, he gained the fraction of the said Org's powers and gained his powers. He decided to destroy humanity, starting with the Evans family with only Cole as the sole survivor as his mother had hidden him. Cole, who was now the Red Wild Force Ranger, was able to undo the transformation by redirecting his dark powers of his Org Staff against him, seemingly rendering him human once again.

Here are the list of Master Org's abilities that Viktor able to grasp: 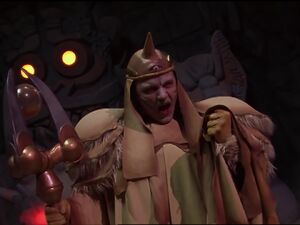 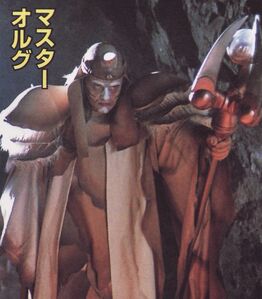 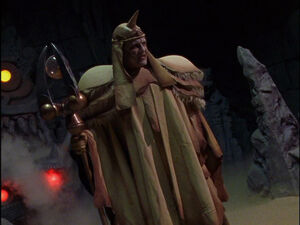