Koshka Brotherhood Member (Until his death)

Assisting the Koshka Brotherhood (succeeded until his death).

Murderous Gangster
Viktor Baskov is a minor yet important antagonist in season seven of Dexter.

He was portrayed by Enver Gjokaj.

Not much is known for certain about Viktor's past for certain, but what is known is that at some point early in his life, he joined the Ukrainian Mafia known as the Koshka Brotherhood and became secret lovers with the leader Isaak Sirko. Viktor ran strip clubs for Isaak in Miami, Florida and for some unknown reason, Viktor murdered Kaja Siroka, one of the women working at one of his clubs, in the club's parking lot.

After stuffing Kaja's body inside the trunk of his car and driving off to try and dispose of her, his car suddenly broke down. While trying to repair it, Detective Mike Anderson from the MMPD sees Viktor and discovers Kaja's body; Viktor then kills him and leaves the car and the two dead bodies at the scene of the crime. Viktor decides to leave the country to return to Isaak back in Ukraine, not knowing that Dexter Morgan had been to the crime scene and discovered his fingerprints.

At the Miami International Airport, Dexter intercepts Viktor in the bathroom and sedates him, then brings him into a storage room in an impromptu kill room. Once Viktor wakes up, he at first thinks Dexter is a hitman from a rival mafia and tries bribing him to let him go, but Dexter refuses, and then beats Viktor to death with a fire extinguisher. This sets off a chain reaction for the entire season, in which Sirko tries to kill Dexter to avenge his lover. 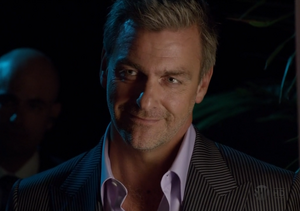 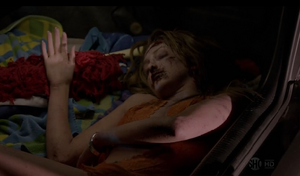 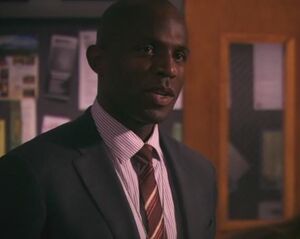 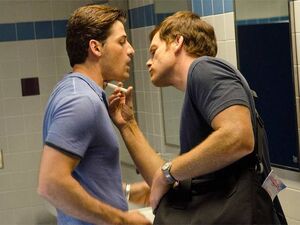 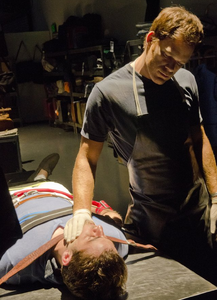 Viktor on Dexter's makeshift kill table.
Add a photo to this gallery

Retrieved from "https://villains.fandom.com/wiki/Viktor_Baskov?oldid=4355337"
Community content is available under CC-BY-SA unless otherwise noted.