???
Vilemon (also known as Evilmon in Japanese which is both an anagram for Vilemon and a name derived from the word "evil" and Menacemon in Finnish) is an evil Digimon in the anime, Digimon. An army of Vilemon were minion of one of the Dark Masters, Piedmon, and a random Digimon that bio-emerged into the real world.

Vilemon is a Champion Level Digimon that resembles a Bat/Wolf hybrid with a huge mouth.

Vilemon first appeared when Piedmon summoned an army of Vilemon. They were easily wiped out by various good Digimon, and the rest of the Vilemon were sucked into MangaAngemon's Gate Of Destiny, along with Piedmon.

This daring, fearless, authoritative, and unyielding Digimon is said to be the ancestor of all evil Digimon within the Dark Area. He loves tactics and plans, and he likes to play tricks on the opponent with DemiDevimon. He is often used by higher-leveled demonic Digimon because he isn't that strong. 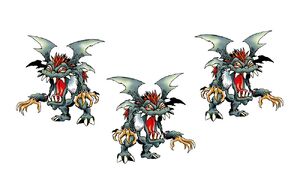 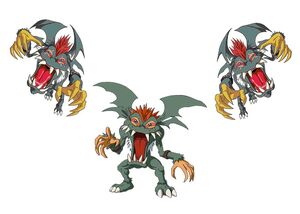 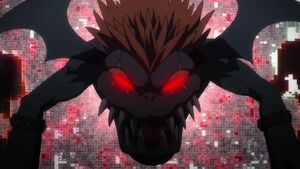 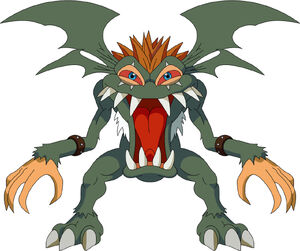