Two women had appeared at the far side of the village, in front of the church. They looked like ragged scarecrows, their black coats flapping in the breeze. They were identical twins. At the same time, a short, fat man with blue and green tattoos on his arms, face and head stepped out of the pub. He was smoking a clay pipe. He saw Matt and began to laugh. Matt hurried away before he could get too close. It was no surprise really that everyone in Lesser Malling seemed to be a bit mad...Description and introduction of the villagers

The Villagers of Lesser Malling were a group of antagonists in the first Power of Five book, Raven's Gate. They were a coven of witches of whom Mrs. Deverill was a member. She was also one of their leaders.

The coven is the descendants of the natives of Yorkshire who first found Raven's Gate. They were so scared of it that they destroyed it. But they didn't know the gate wasn't evil - it was the Old Ones, that it was locking away, who were the evil. But although the original villagers destroyed the stones of Raven's Gate they didn't destroy the actual gate itself. So the Old Ones were still imprisoned.

The modern villagers are the antagonists of Raven's Gate. They had been following Matt all his life, from his birth and before, because they knew of the Gatekeepers and that they would return one day. When the day came, they would capture one. They set their eyes on Matt and as soon as his life went wrong, with his parents dying, they took him, with Mrs. Deverill posing as his new guardian. She took him to the village Lesser Malling and it was there things went insane.

First, Matt's introduction to the villagers was unnerving and unpleasant; the chemist had poisonous plants in his store. The children loved killing ducks for fun. The villagers themselves were hostile and unpleasant and the only nice man in the area, Tom Burgess, told Matt he had to leave. Matt had a nightmare that night at Mrs. Deverill's, and, upon waking, saw that she wasn't there. Puzzled, he then heard chanting from the woods. It unnerved him when Mrs. Deverill's painting of her "ancestor" ordered him back to bed by pointing silently. He made to escape and cycled around endless lanes which seemed to lead nowhere other than the beginning of the track.

The villagers spied on Matt meeting with Tom Burgess in the woods, and Burgess told Matt that if Matt came to his house the next day they'd be out of there. Matt did so, but Mrs. Deverill sent her immortal cat to spy on the meeting and although Burgess shot it dead, it was alive again when Matt returned to the farm.

The villagers killed Burgess in his house for trying to defy them and yet he managed to leave a message, RAVEN'S GATE, on the wall. When Matt ran out looking for police when he saw the body, the villagers busily cleaned away all the evidence of the murder, so, when Matt did return with police, it looked like the house owners were doing cleaning. The police, annoyed with no evidence, knew Matt was on community service and dismissed him from their sight. The villagers then taunted Matt that there was nowhere for him to go and he left.

When he tried to contact journalist Richard Cole and was dismissed too, Matt was shocked when Mrs. Deverill was right outside the office. She took him back to town. Then Matt was determined to prove himself right after Mrs. Deverill accused him of imagining the death of Burgess, "proving" it by getting one of the villagers to ring posing as Burgess. Then, Matt went into the woods and saw he was, in fact, right - all the villagers were doing a ritual round a bonfire at night next to the power plant he'd found in the woods with Burgess. The villagers were with a strange old man and some other men who looked like plant workers who unloaded something into the plant. But then Matt pulled a wire and was discovered. Mrs. Deverill summoned some large dogs to chase Matt but he escaped and was rescued by Richard.

Later, Mrs. Deverill retrieved both Matt and Richard, then she took Matt back to her house, but he escaped and ran into Sir Michael, whom he had met. Sir Michael betrayed him by revealing himself as the coven leader and took Matt to be killed so they could resurrect Chaos. But Matt realized his power, and in the ensuing fight between Matt and Sir Michael and Chaos, Matt blew up the plant, destroying all the villagers when they ran out of their magic circle in the chaos. Sir Michael was crushed by Chaos before the demon was free, but the radiation sucked everything back in including Chaos. 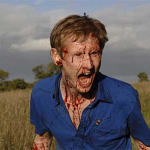 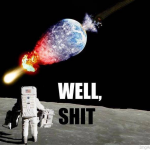