Sheriff Vincent "Vince" Heber, simply known as Vince Heber, is the main antagonist of Disney's 1969 live action film Smith!. He is a racist sheriff who is anxious to railroad Gabriel Jimmyboy into jail on a trumped-up murder charge.

He was portrayed by the late Keenan Wynn, who also played the Winter Warlock in Rankin/Bass' Santa Claus is Comin' to Town, and Celaeno in The Last Unicorn.

Albie and his Indian friend Peterpaul find Jimmyboy hiding in the woods, and they bring him food. They are forced to reveal Jimmyboy's whereabouts to Smith when they learn that Vince and his assistant Eddie and some tracking dogs are on his trail.

Smith and Albie rush to warn Jimmyboy, but Antoine has already turned him in to the sheriff and collected the reward. The Indian haying crew the Smiths are relying on to cut their hay arrive but only to say that they are leaving to attend Jimmyboy's trial. Smith also goes when he learns that Antoine is also in jail.

Smith gets Antoine freed and replaces Walter Charlie, a conniving Indian, as interpreter at the trial. Antoine's testimony describing the injustices done to the Indians in the past impresses the judge and jury, and Jimmyboy is freed.

After the trial, Smith returns home to cut the hay alone. However, the Indians soon come to help, and Antoine begins to break Albie's prize Appaloosa after many months of promise. 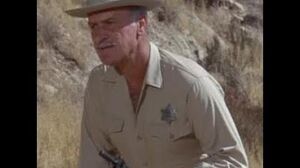