Vincent Grey is the overarching antagonist of the 1999 film The Sixth Sense. He was one of Dr. Malcolm Crowe's patients as a child.

He was portrayed by Donnie Wahlberg as an adult and by Gino Inverso as a child.

From an early age, Vincent Grey was able to perceive the presence of ghosts around him. These ghosts constantly tormented him, even physically attacking him and driving him mad. His parents, however, saw his ability as nothing more than hallucinations caused by a mental illness, and sent him to receive psychiatric help from Dr. Malcolm Crowe, an accomplished child psychologist. He diagnosed Vincent with schizophrenia and acute paranoia, but did everything he could to help Vincent. The two helped each other by explaining their problems and lives to one another, though Vincent still heard and saw the dead around him, though he was now also convinced that it was nothing more than a mental hallucination.

Eventually, Vincent accepted his ability as a mental illness, and later brought it down under control. He was released by Crowe and deemed cured.

However, Vincent would later have his ability resurface in his adulthood, and this time amplified. He could not escape the constant sights and sounds of the dead, with them finally breaking his mind and causing him to go insane. Angry and bitter at Crowe for not being able to help him, he acquired a gun and went out to find him.

On the same night Crowe received an award for his work in the field of child psychology, Vincent broke into his home and cowered in a bathroom, waiting for him. As Crowe and his wife came up to their bedroom, she noticed the broken window and saw Vincent move inside the bathroom. Crowe confronted Vincent, not recognizing him at first, but soon realized who he was and tried to comfort him. Vincent claimed that Crowe had failed him, and that he could not fix what was wrong with him. He then proceeded to shoot Crowe dead, then put the gun to his own head and took his own life.

From audio from when Vincent was a child, it is shown that he was an average, but good-natured young boy. He would listen to Crowe's problems and Crowe would listen to his, and the two would often laugh and joke as they helped one another.

However, as the constant mental strain from the ghosts finally caught up with him, Vincent broke down into a physical and mental mess, dressing in only his underwear and constantly sobbing. He became vengeful and bitter, and let his rage and wrath get the better of him. 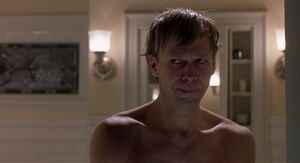 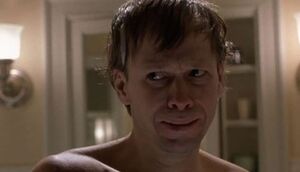 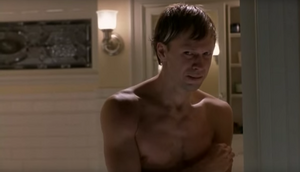 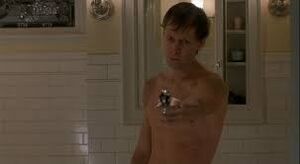