Destroy Chappie and "his family".
Kill anyone who is on Chappie's side (both failed).

Vincent Moore is the main antagonist of the 2015 sci-fi action film Chappie. He is an engineer of Tetravaal and archnemesis of Chappie.

He was portrayed by Hugh Jackman, who also played Keller Dover in Prisoners, Blackbeard in Pan, and X-24 in Logan.

Vincent is a Tetravaal engineer and the head of the MOOSE scouts, who works for Michelle Bradley. He wants to destroy Chappie because of Deon.

Vincent works with Deon in Tetravaal, a company that creates robots that work for the law. He is bitter that Deon's robots are favored over his MOOSE robots, which are seen as excessive for crime fighting. Early on in the film he searches for the security key that is inside Chappie's head, and when he finds Chappie he traumatizes the sentient robot by sawing his arm off and opening up the robot's skull to remove the security key, before letting the robot go.

After he spies on Deon and realizes the robot is sentient, he comes up with a plan to destroy Chappie and kill Deon, he turns the robots offline (including Chappie) and cause the city to fall apart and kills Chappie's adopted mom with a giant MOOSE robot that he controls from the Tetravaal factory.

Later Chappie storms in the MOOSE building and attacks Vincent and confronts him when he is full of rage on Moore after he killed Chappie's friends in long battle while using the giant robot, later the brutal confrontation ends in the main office, where Chappie brutally beat Vincent and leave him on the verge of death, telling him "Now I forgive you, bad man." as well avenging the deaths of Ninja's 2 closest friends Amerika and Yolandi.

It was unknown what happened to Vincent after that, either he died from his injuries or survived and was later arrest for his crimes. 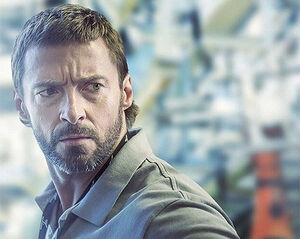 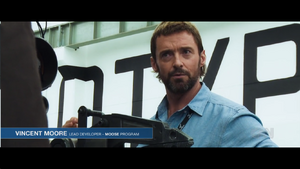 "I have built a robot that is indestructible". 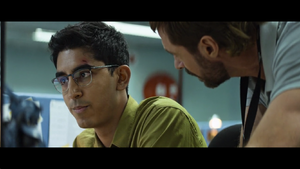 Deon and Vincent in the office 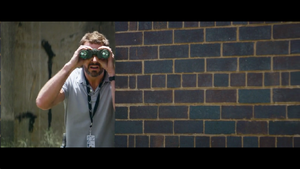 "What in the name of the lord" 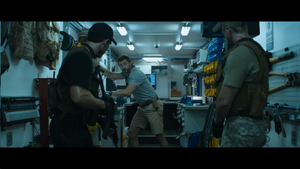 Vincent tracking Chappie with his men. 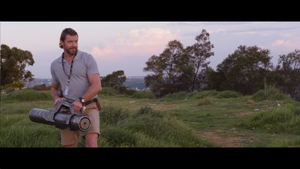 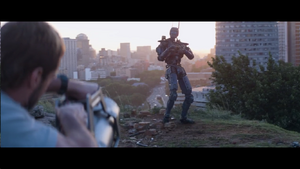 "Where ya going mate?" Vincent shuts Chappie down 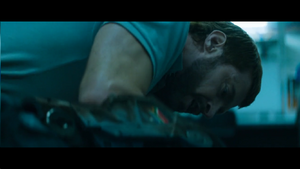 "You know what's in here?,..nothing, bunch of wires mate". 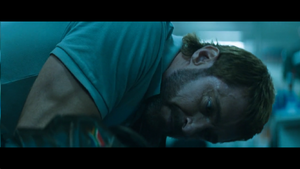 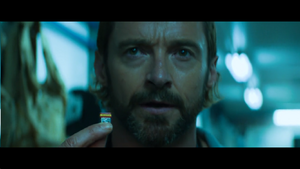 "I got what I needed" 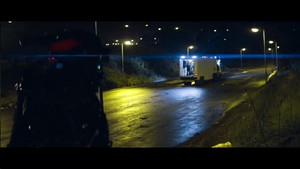 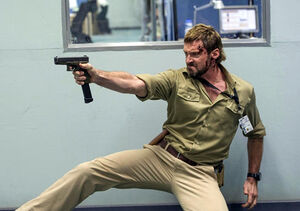 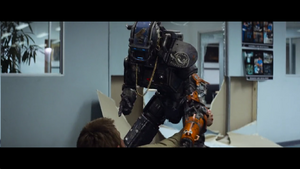 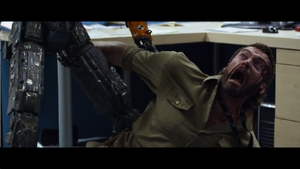 Vincent's arm is cracked by Chappie for cutting his arm off. 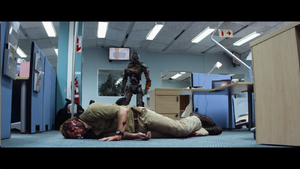 Vincent lies on the floor from being beaten up by Chappie. 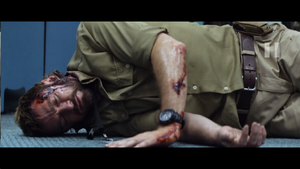 Chappie prepares to throw Vincent to the ceiling for killing innocent people. 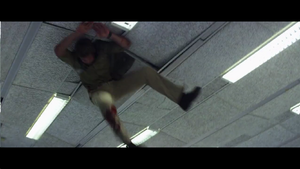 Vincent is thrown to the ceiling by Chappie.

Vincent's defeat as he lies unconscious.
Add a photo to this gallery

Retrieved from "https://villains.fandom.com/wiki/Vincent_Moore?oldid=4195745"
Community content is available under CC-BY-SA unless otherwise noted.