Vincent Van Gore, also called The Starving Artist, is a Portrait Ghost and one of the two secondary antagonists (alongside Boolussus) of the game Luigi's Mansion. He is capable of painting ghosts and bringing them to life. According to his in-game biography, Vincent is a 59-year-old artist who has not sold a painting in 30 years and speaks with a strong French accent. He is also the final Portrait Ghost that can be captured in the game before the final battle with King Boo.

Vincent Van Gore is one of many ghosts that Professor Elvin Gadd had captured for his study of the paranormal. When he was released by King Boo however, he locked himself up in the artists studio on the Mansion's third floor, and brought to life an army of ghosts that became the backbone of King Boo's forces.

Van Gore created all of the ghosts who tried to ambush Luigi throughout the game. To find him, Luigi must go to The Artist's Studio on the third floor of the mansion. Once there, Van Gore exclaims how angry he is because of Luigi vacuuming his creations. He sends a swarm of ghosts to defeat Luigi, with each wave consisting of seven different varieties of ghosts. Once Luigi manages to vacuumed them all, Van Gore becomes furiously anguished to the point of showing his heart. Luigi then vacuums Vincent Van Gore and is later turned into a portrait. A spade-shaped key then spawns from Van Gore's last work, a painting of a golden chest, which allows Luigi to unlock the entrance to the Secret Altar where he confronts King Boo. 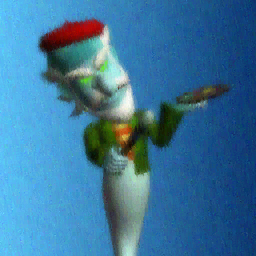 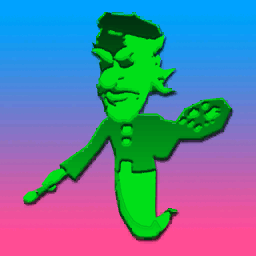 A painting depicting Vincent Van Gore when he was still alive.