To defeat the spies and help Violet

They make their first appearance on jet skis as they ambush the spies, who are getting close to their lair.  Sybilla and Selah make an appearance at the episode's climax as they and their boss try to escape the island on a cargo plane.  Sam, Alex and Clover manage to infiltrate the plane and take on the two henchwomen but, they were no match for the spies.  They are eventually defeated after being stung by paralyzing plant needles and dosed by their own sleeping-gas spewing flowers. It is unknown what happen to the two of them presumably they poison by the plants gas or fast sleep.

All of these henchwomen wear identical white and green skintight jumpsuits with white high heel boots. They all appear to be in their twenties and sport different hair styles and colours. Julie has red hair, Martha is Asian, Sybilla is a brunette and Selah is blonde. 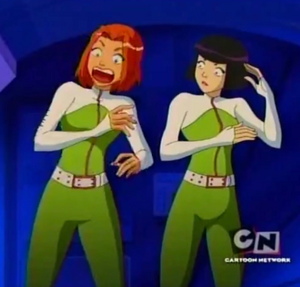 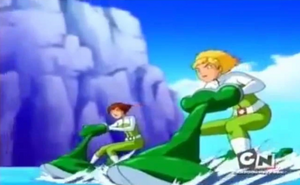 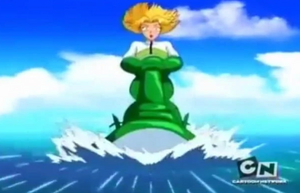 Selah
Add a photo to this gallery

Retrieved from "https://villains.fandom.com/wiki/Violet_Vanderfleet%27s_Lackeys?oldid=3571188"
Community content is available under CC-BY-SA unless otherwise noted.