Member of the Ninth Circle

Virgil is a supporting antagonist in the seventh season of the CW TV series Arrow. He is a criminal who is a known ally of the terrorist financier Dante and revealed to be a member of the Ninth Circle.

He was portrayed by Christopher Gerard.

After Diaz joined the Quadrant, he became aware of the Ninth Circle and contacted Virgil to make a deal with Dante about the Longbow Hunters.

When A.R.G.U.S. got information on Dante, Diaz contacted Virgil about Dante's location. When Diaz and his team arrive to make another deal. However, Virgil was tipped off by someone and set up an ambush. After reminding Diaz of the debt he owes Dante for giving him the Longbow Hunters, Virgil escaped.

Later it is revealed that Virgil has survived from his escape. He is seen waiting in an alley, transferring a file from A.R.G.U.S.' hard drive to his phone. However, the Green Arrow and Spartan confronts Virgil and questions him  about Emiko's whereabouts. He replies that if he tells them Emiko will behead him, whistles for his goons and flees from Team Arrow.

Later, he and other members of the Ninth Circle break into Oliver and Felicity's home searching for the file which was hidden in the tablet. Felicity threatens him to put the tablet down, but Virgil was able to quickly disarm Felicity of her gun before the latter could fire at him. Before he could kill Felicity and Alena, military forces arrive gunning down the goons and while Virgil makes his escape. 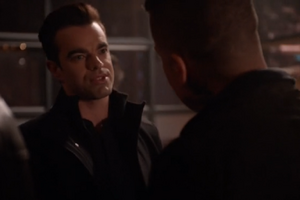 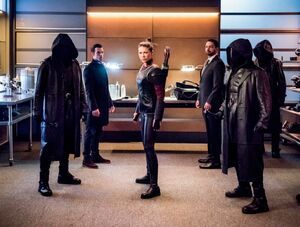 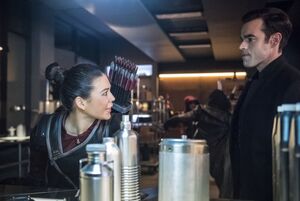 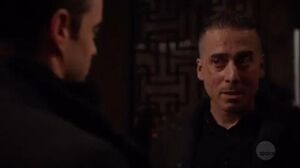