Get Revenge on Teri and Gumball for Washing his Army Away.

Virulent Mutant
The Virus is the main antagonist in The Amazing World of Gumball episode "The Virus".

He is voiced by Kerry Shale.

After Gumball refused to wash his hand after Penny gave him a high-five, The Virus began building an army of germs and bacteria on his hand and tried to infect Gumball, planning on then spreading the infection anyone he could find afterwards. However, after Teri forcefully washed Gumball's hand clean, Virus' entire army was washed away and killed, making Virus swear to get revenge on Gumball

Later, whilst Gumball is licking a keyboard, trying to prove to Teri that her fear of germs is unwarranted, Virus catches up to Gumball and prepares to infect him. However, despite having success in his grasp, Virus becomes distracted in trying to stop the keyboard's other germs and bacteria from infecting Gumball, as he wants the job for himself, and yet again misses his chance to infect Gumball.

Teri, Gumball and Darwin soon meet the Virus under a microscope, as Teri refers to him as a type virus that she's never seen before. The Virus then mutates and grows wings, prompting the trio to retreat to Gumball's house.

At home, the Virus mutates again and now has complete control over any type of technology, appearing on Gumball's e-mail account, and started to manipulate electronic objects, such as the CD player, laptop and waffle iron to attack them. The Virus then chases down and corners Gumball, Darwin and Teri with manipulated vehicles. Gumball confronts the Virus and orders him to show himself, to which the Virus obliges. The Virus goes on ranting and raving about how he is going to annihilate Gumball, only to be squashed by him instead. 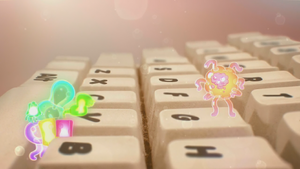 Virus fighting with some bacteria. 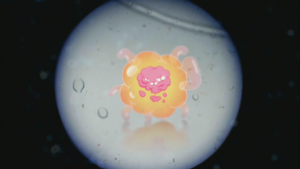 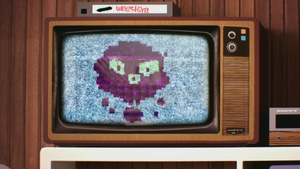 Virus appearing on the TV. 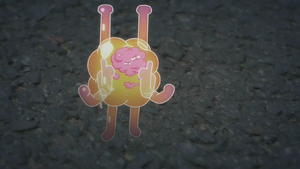 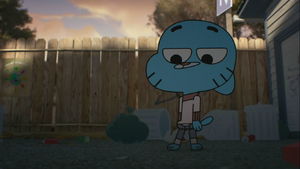 Virus’s demise.
Add a photo to this gallery

Retrieved from "https://villains.fandom.com/wiki/Virus_(The_Amazing_World_of_Gumball)?oldid=4332810"
Community content is available under CC-BY-SA unless otherwise noted.